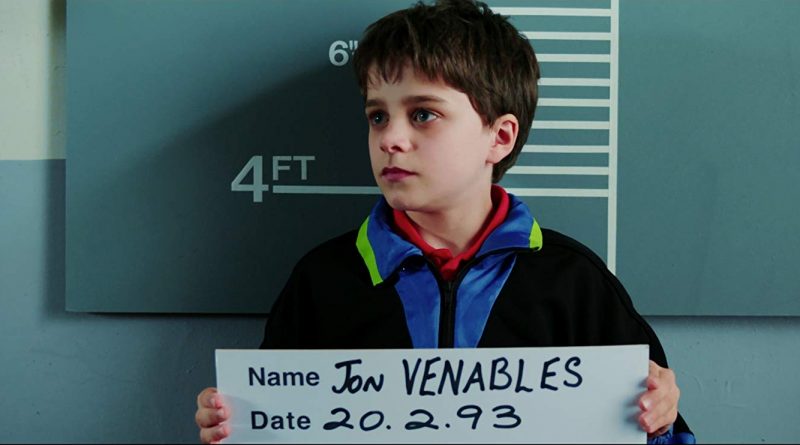 Each year, a selection committee of the Academy of Motion Picture Arts and Sciences nominates five live-action short films for Oscar contention. The current nominees, with Ireland, Spain, the U.S. and Canada represented, offer some diversity though the dominant themes skew toward the deeply disturbing, testimony to the expert filmmaking and acting as well as the subject matter.

In the order presented, director Vincent Lambe’s narrative Detainment dramatizes the tragic, still gut-wrenching true story of ten-year-olds Jon Venables and Robert Thompson. In November 1993 in Merseyside, England, they lured James Bulger, just under three years old, away from the New Strand Shopping Centre, tortured and brutally murdered him. Based on interview transcripts and records, told through flashbacks, some slow motion, and police interrogations, this has become a controversial film in Britain with calls for its removal from consideration. Not least for the unnerving performances of the young actors, Detainment is disconcerting and distressing.

Next, Canadian writer/director Jeremy Comte’s Fauve will provide no relief as two boisterous boys begin fighting each other for dominance and soon battling for their lives. Initial alpha-male challenges at an abandoned railway car soon movie to a dangerous mining pit. Again, the young actors give incredibly powerful, frightening performances.

Third, Canadian Marianne Farley’s Marguerite relies on the beautiful relationship that develops between the extraordinary Béatrice Picard as Marguerite and her nurse Rachel (Sandrine Bisson). When Marguerite learns of Rachel’s female lover, her own past is unearthed in quiet, touching moments.

Fourth, Spain’s Rodrigo Sorogoyen’s Madre plunges a mother into a nightmare when her six-year-old son Ivánphones her. Lost on a beach in France, his father not in sight, his phone battery failing, a disoriented, distraught Iván sees a stranger approaching. The mother frantically searches for an answer.

Finally, Guy Nattiv’s Skin, the US entry, pits a racist family against a black man in a misunderstood encounter at a supermarket. The ugly violence that hate engenders makes this a morality tale for today. Each of the nominees for the Oscar live action award presents solid content in intriguing stories.