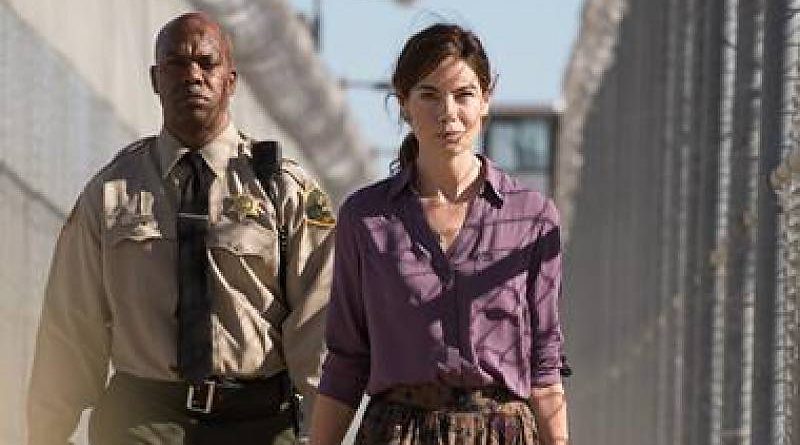 Saint Judy is a true-life tale of a female crusader, a legal eagle named Judy Wood who is responsible for a landmark case that strives to protect female immigrants who seek asylum in the U.S. to avoid persecution and possible death in their homelands. While we have seen this sort of high-minded advocate before, most recently in On the Basis of Sex and in another era in Erin Brockovich, this one has a couple things extra going for it. First is the presence of Michelle Monaghan, a truly under-rated actress who somehow avoids turning her Judy into a do-gooder bore. But even more so, the movie could not be timelier in counter-acting the demonization of those looking for a safe haven and a better life in the United States of America.

Yes, there is legal jargon to deal with as divorcee Wood moves from New Mexico to Los Angeles so her young son can be closer to his dad. There, she gets a job at a law clinic that specializes in immigration cases led by Alfred Molina’s jaded lawyer, who is more interested in paying for college tuition for his kids than he is being a savior to the downtrodden. And, yes, her child is often left to his own devices given the hours she devotes to her cause – the film comes this close to making her feel guilt-ridden by being wed to her work, a burden few male characters ever have to bear.

But much can be overlooked once Monaghan joins forces with Leem Lubany, a Palestinian actress who packs a mighty presence onscreen despite her petite size, as an Afghan woman seeking asylum while being threatened with deportation – an act that would lead to certain death. When we first see Asefa, she is in detention, in a drugged-out zombie-like state, a condition imposed by administrators and doctors to keep her stable. But Wood fights to help her find her way out of the fog after learning she was a teacher in her homeland before the Taliban came after her for schooling young girls.

From there, it is up to some terrific acting by Alfre Woodward as a judge that presides over Asefa’s case and Common as a prosecutor who comes to believe in Wood’s fight to protect Asefa to keep us engaged. But the one compelling moment that totally sold me on Saint Judy was when Monaghan and Lubany share a silent connection as they look into each other’s eyes and grasp each other’s hands before they face the 9th Circuit Court of Appeals. Amen to that kind of sisterhood.

EDITOR’S NOTE: Saint Judy is AWFJ’s Movie of the Week for March, 2019