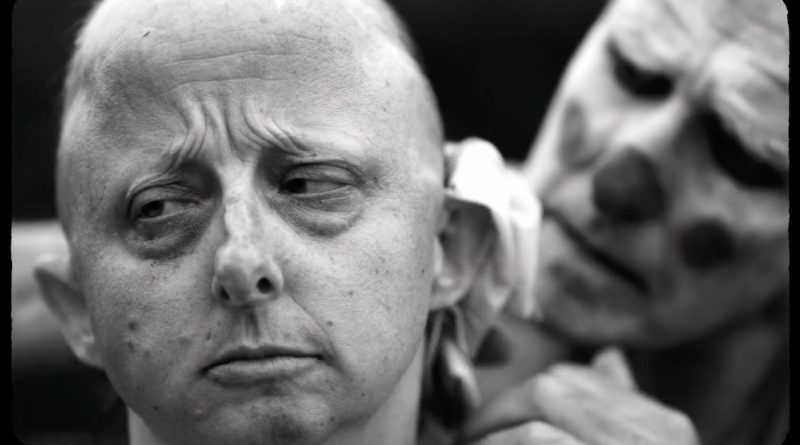 What’s Up Down Under? Sarah Houbolt Shines in Luke Sullivan’s Unconventional Meditation on Domestic Violence, Reflections in the Dust.

With its world premiere at the famous Karlovy Vary International Film Festival in the Czech Republic in 2018, Australian filmmaker Luke Sullivan may have found himself a long way from home geographically with his sophomore feature Reflections in the Dust, but the film itself is far more closely aligned to European art cinema traditions than what might be more immediately thought of as ‘typical’ Australian cinema.

Yet while its experimental nature casts it at the opposite end of the spectrum from films like Picnic at Hanging Rock or Priscilla Queen of the Desert, Reflections in the Dust does contain a deliberate and indeed rather heightened aspect of the local vernacular. This is bogan Samuel Beckett, the distinctive broad drawl of the Australian accent presented in sharp contrast with the film’s carefully executed experimental approach to its subject matter and style: in Australia, these accents typically appear in scenarios deliberately attempting realism, whereas here, Sullivan is interested in anything but.

This does not, however, diminish the significance of this film’s particular subject matter, the themes of which lie at its core. Set in the aftermath of a vaguely defined global holocaust of sorts, Reflections in the Dust centers on two primary characters; a young blind woman named Freckles (Sarah Houbolt), and a clown, an older man revealed to be her father (Robin Royce Queere).

With the bulk of the film shot in sharp, stark black-and-white photography in an isolated and unidentified rural terrain, the absorbing banter that propels the film both in terms of its (deliberately loose) narrative and sheer energy emphasizes the fragile mental health of Queere’s tragic, brutal clown-father. Spanning warmth, intimacy and nostalgic recollection at one end of the spectrum and abuse, cruelty and physical violence at the other, the relationship between the two is one Freckles must constantly and carefully navigate, intuitively aware of the volatility of her situation and how quickly it can change with the sudden ebbs and flows of the clown’s schizophrenia.

Intercut across these encounters are short, powerful interviews with Houlbolt and Queere, shot in contrast in vibrant color; a red backdrop for the clown to match his painted nose, and blue for Freckles. While brief, these interviews are just as shocking for their honesty as they are for their brevity as the unseen interviewer leads each figure to talk about subjects such as fear, death, love and hope. Across these two components of the film, Sullivan carefully builds an abstracted yet powerful microcosm where the often imperceptible nuances of family relationships can suddenly shatter, exploding in violence.

Yet while the strength of the film is how confidently it trusts itself to let the allegory do the work, the way the film has been almost ham-fistedly framed as a social issues film shows less confidence; if there was a weakness to the film it was that I was not allowed to discover this film’s message on its own merits, which I suspect would have been a far more powerful (and certainly less didactic) experience. Reflections in the Dust unquestioningly has much to say about a very real, very urgent contemporary phenomenon and does so in a highly original, electric and powerful way. But this is so much more than your usual ‘social issues’ film; surely part of the film’s impact should be the discovery of its themes on their own terms, not having them pre-digested and spelled out for us before we even see it.

On the flip side, if the film’s many strengths had to be reduced to only one, it is undoubtedly the extraordinary performance of Houbolt in the role of Freckles. With a strong background in circus and theater performance, she is also a vocal advocate for disability and diversity, and in Reflections in the Dust she simply dazzles. Far too rarely we are gifted with the opportunity to witness someone who feels like they were born to act on film, but Houbolt is that rare performer; this is no pompous, award-hungry display of over-the-top, bombastic capital-A “Acting”; rather, Houbolt seems to intuitively understand the endless power and potential that lies dormant in the slightest gesture, the smallest of facial expression, the merest rise or fall in intonation. Watching Houbolt in this film is simply a gift, and filmmakers – not just in Australia, but around the world – should take Sullivan’s lead and continue to create roles of this depth, diversity and value for actors of this caliber.

Reflections in the Dust will screen in select cinemas across Australia from 7 March.