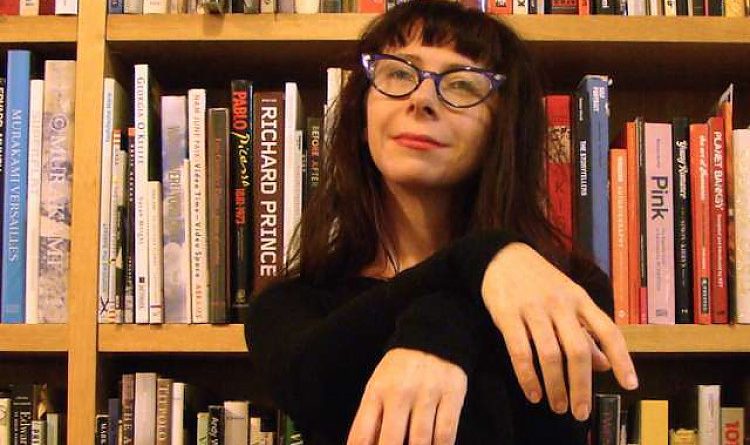 EDITOR’S NOTE: Alexandra Heller-Nicholas participated in an informal survey about feminist film criticism for an article published on RogerEbert.com. She’s quoted in brief in the article, but her responses were so complete and compelling that they constitute a personal feminist film critic’s manifesto, of sorts. They should be read in their entirety. Here they are:

Since 2011 I have focused substantially in my work on gender politics and representations of sexual violence, including two books on the subject; I’ve learned in that time that ‘feminism’ means different things to different people and that this diversity is important. I like ‘feminisms’ plural because it allows different positions to co-exist and be debated and so I don’t sound like I am shouting anyone down I tend to describe my work as ‘interested in gender politics’ rather than feminist because the latter can be read in so many different ways. In short, therefore, feminism is the belief that gender difference relates to power in a way that predominantly favors men, and marks a desire to interrogate that with a focus on change.

I’m always looking for the way gender difference and power intersect. This is useful as it allows space for non-binary identities also.

I write primarily on horror and exploitation film which I have a strong connection to professionally, in terms of personal taste and also ideologically because I think it is where the imbalances between gender difference and power are rendered most extreme and most transgressive and subversive in sometimes quite surprising, unexpected ways.

I don’t really think on a good/bad binary because I see my job as a critic more to do with providing context than consumer advice or recommendations, but I think films that show no interest in this question and seek to uphold the traditional patriarchal order of things are simply just a bit old fashioned and tedious and out of synch with the contemporary moment we live in.

Certainly not, but I would add that most male writers I know who have an open, thoughtful approach to gender politics and power in their work would never identify as ‘male feminists’ because that label is so tainted by the Harvey Weinsteins of the world; the label ‘male feminist’ has become a very negative brand, but an open mind and an open heart are available to everybody.

Abel Ferrara’s Ms. 45; a fearless interrogation of gender and power that pivots on a fundamental collaboration between its director and main actor, Zoe Tamerlis, the latter of whom was a political activist. It’s an important film for me as it asks the question: who owns feminist action, and what is lost when we claim it for others?

I’ve never understood the appeal of Tarantino films beyond the now long passe 90s obsession with postmodern pastiche, and have nothing to say about them that is productive: films made for straight white men, by straight white men, I can’t understand why this faded fratboy chic isn’t long past its use-by date.

Even when making films about male characters, Lynne Ramsay shows a constantly humane and sophisticated with the pressure of gender roles and the expectations we put on ourselves. Ramsay is interested in the flaws and how they work within bigger cultural and social systems; I think she understands that gender politics is much bigger and more complicated than a focus on ‘men’ or ‘women’.

My work on sexual violence in film – particularly rape-revenge film – means I have seen literally hundreds of these movies, and even the most offensive of them I feel very strongly still reflects something on the gender politics within the culture that produced it. I would rather watch a rape-revenge film than a Marvel film any day.

I can’t speak for other self-identifying feminist critics, but often I believe there’s a worrying degree of performativity sometimes often flagged by the word “problematic”: this is a real red flag for me; a lazy way of getting out of deep critical engagement while still attempting to maintain the moral upper ground. The question of gender politics and power needs much deeper engagement than weasel words like this.

From your feminist perspective, what fits the overall progressive objectives of feminist film criticism? Please rank the following in order of importance to you, and list last and separately those that you don’t agree with at all. Or, if you prefer, comment on each.

To make a broad generalisation, women in my experience tend to find more freedom in documentary filmmaking, but I don’t think it can be reduced so simply. It’s great if women-made documentaries are diverse and laudable, but does that matter if more people are likely to see something like You Were Never Really Here or A Wrinkle in Time? We need women everywhere, making everything, and they are – from horror to pornography to documentaries to melodramas. We need ways to acknowledge the diversity of women’s filmmaking practice that doesn’t risk gendering the act itself along certain generic or budgetary lines.

I honestly think the shift is generational; there is a broad desire for stories told from different perspectives at the moment, and we see that with films like Black Panther. The status quo is changing, and the powers that be in the industry can fight it or roll with it; I would like to see the latter in much deeper ways than lip service. It’s simply good business sense to get more women behind the camera, and I would like to see the industry respond to that beyond seeing women’s filmmaking as a kind of fad.