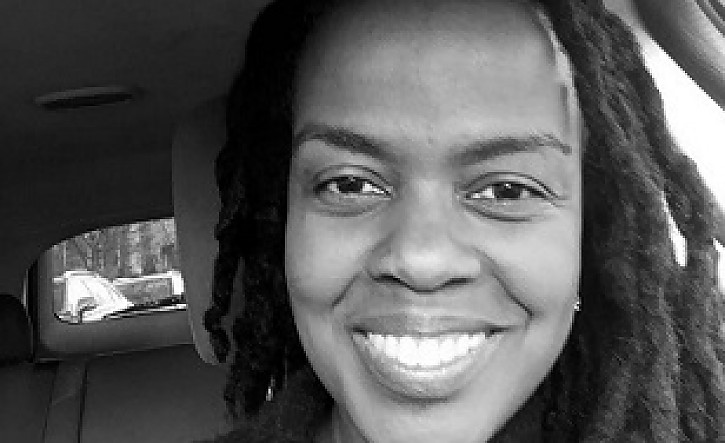 EDITOR’S NOTE: Esther Iverem participated in an informal survey about feminist film criticism for an article published on RogerEbert.com. She’s quoted in brief in the article, but her responses were so complete and compelling that they constitute a personal feminist film critic’s manifesto, of sorts. They should be read in their entirety. Here they are:

My definition of feminism is a womanist perspective that is intersectional and post-colonial–taking into account issues of class, race, gender identification, national origin and legacies of White supremacy. These same factors inform my view of film criticism.

Is the primary voice or story of the film from a woman’s perspective? Whose story is being told and what narrative does this story support?

I’m not sure. I am more inclined to prefer and review documentaries because of the rampant sexism, racism, imperialism, other isms and erasure infecting so many narrative films.

My point of view does influence whether I want to invest any of my time to review or even see a film. My viewpoint may color my thinking about whether a film is good or bad from the standpoint of erasure. So many distributed mainstream and even independent films are produced by Europeans or Euro-Americans and I gravitate to narratives from people of color and the global south, the majority of the people of the world.

No. Men can be feminist thinkers, sometimes more so than women.

The film, Beloved, based on the Toni Morrison novel, told a story from the perspective and voice of a formerly enslaved African-American woman. The film was intersectional, dealing with the full spectrum of class, race, gender and other real and legacy global issues still dictating the world.

Can’t think of any I’ve refused to review. I had the freedom to choose which films would be of interest to my readers.

More public funding and means of distribution so that not only the wealthy or connected can complete and widely distribute films.

Esther Iverem is a multi-disciplinary writer, author, producer and curator. Her diverse body of work, which includes radio, three books, two digital media projects and several visual art exhibits, is about social justice and human existence—its history, current state and possible futures. It is also about the environment, including its mysteries extending into the universe. She is creator, producer and host of ‘On the Ground: Voices of Resistance From the Nation’s Capital’ (www.onthegroundshow.org) on Pacifica Radio, founder of the pioneering website SeeingBlack.com and a founding member of DC Poets Against the War/Split This Rock. She is a recipient of numerous awards and honors, including a National Arts Journalism Fellowship at Columbia University. Her most recent book is We Gotta Have It: Twenty Years of Seeing Black at the Movies (Hachette Book Group).