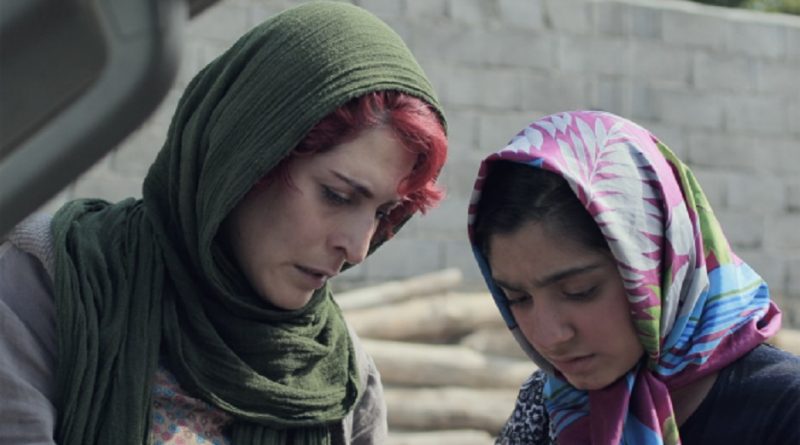 Internationally acclaimed Iranian filmmaker Jafar Panahi, considered subversive by his government and banned from making movies for 20 years, always comes up with very creative and inventive ways to continue to practice his craft. In This is Not A Film (2011) he dramatized his real life situation by documenting himself defiantly trying to plan a film production — while he was under house arrest. That filmhad to be smuggled out of Iran on a flash drive that was embedded in a cake.

3 Faces is another act of defiance. Panahi is not under house arrest at this time, but he is still banned from making films.

This time, Panahi and actress Behnaz Jafari take to the road, heading for a rural village, in response to a plea for help from a young actress whose rural family wants her to lead a traditional village life — very much against hr wishes. The plot twists itself into an intriguing mystery about weather the girl is alive or dead and what brought her to her fate, but the film is even more engaging in the expositive way it reveals how women of all ages cope with the hardships and dehumanization they face in Iran’s male-dominated social structure.

Panahi, obviously in sympathy with the oppressed, captures all the troubling nuances of the women’s daily life and the subtle support they give to each other. 3 Faces isn’t playing in Iran, but it is touring the world. You should see it. Read more on CINEMA CITIZEN.