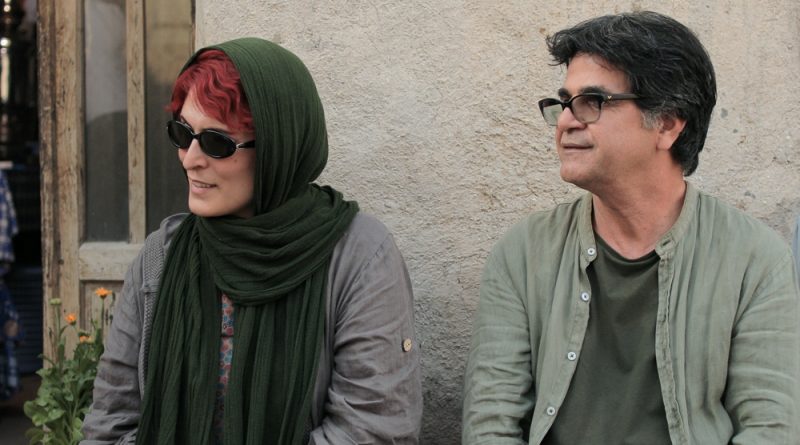 Since the Iranian government imposed a 20-year filmmaking ban on Jafar Panahi in 2010, the scrappy director has made and smuggled out four films, including his latest, 3 Faces. The irrepressible Panahi is critical of Iran’s repressions against women and continues to plead for their freedom in this farcical, subversive film.

Jafari receives a disturbing video in which a despondent Marzyieh appears to hang herself because the actress did not respond to her pleas for help in escaping her stifling rural life to attend an acting conservatory in Tehran. Panahi and a guilt-stricken Jafari drive to Marziyeh’s small village in the Azerbaijani province of Mianeh, where Panahi grew up, to see if her suicide really happened. The pair becomes entangled in small-town life and its superstitions, and comes into conflict with Marzieh’s family over her right to pursue her dream.

Gazing upon a woman’s face the way that Panahi trains his camera on Jafari is taboo under Islamic law, thus, his shooting style further defies the Iranian authorities. But he emphasizes the erasure of an earlier generation of women by denying us a look at Shahrzad, a pre-Revolution actress who was denounced and who lives as an outcast on the edge of Marziyeh’s village. The men he films are, by turns, hot-headed and ridiculous, extolling the virtues of a stud bull and pressing the foreskin of a circumcised baby on Panahi to ensure a bright future for the newborn—though handing it to a banned director, even to hand off to a virile actor the father admires, might not be such a great bargain with destiny.

Although Panahi has returned to his roots with this film, his attitudes remain firmly in the present. After taking a rock to his windshield as the final blow of regressive patriarchy, he ends 3 Faces with Marziyeh and Jafari walking quickly and resolutely away from the village and into their futures.