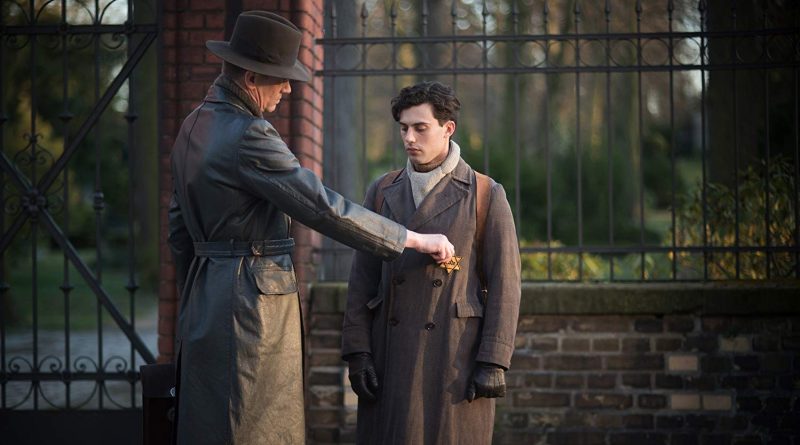 Though Nazi Minister of Propaganda Joseph Goebbels declares in May 1943, Berlin “free of Jews,” 7000 still inhabit the city. Tension informs literally every minute of their lives. They walk Berlin streets fearful someone might recognize and inform on them. Without proper papers, they legally can’t rent a room, much less an apartment. They can’t get an approved job anywhere, and food is scarce. They survive through their own resourcefulness and, sometimes, just plain luck when they take unreasonable chances. As important, in The Invisibles we witness the truly heroic courage of Germans who lied for, harbored, and protected these Jews, 1700 of them surviving to the end of the war.

The four profiled here are Hanni Lévy, seventeen, dying her hair blond to blend in; Cioma Schönhaus who daringly forges passports with two accomplices; Eugen Friede who finds safe harbor in a home as he works for the Jewish resistance; and Ruth Arndt, who pretends to be a war widow and eventually works at a Nazi officer’s home, with his collaboration.

At the same time, a compromised twenty-year-old Jewish woman named Stella roams the streets. She’s called a “catcher,” a Gestapo informant, who looks for underground Jews. There are also, of course, dreaded encounters with the SS and people in bars, restaurants, and cinemas, suspicious of others and watching with motives dangerous for those intent on evading detection.

Throughout this docudrama, Matthias Klein’s background music adds texture, and Jörg Widmer’s cinematography recreates a convincing 1940s Berlin. But it’s the first-person comments of these four “invisibles” that are unforgettable and their strength that is exceptional. In English and German with English subtitles.