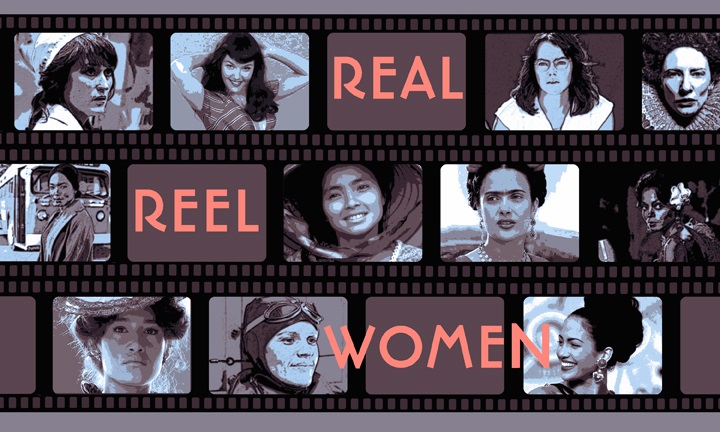 Throughout cinema history, films by and about women have enthralled audiences, accrued awards and honors worldwide and scored at the box office while influencing our social mores and enriching our cultural conversation. Although some Hollywood honchos and haters assert that female-centric movies are less likely to be commercial successes, our list proves them wrong. Movies that tell women’s stories have legs.

Released to celebrate Women’s History Month, AWFJ’s REAL REEL WOMEN List is an annotated roster of 50 fascinating real women whose remarkable true stories have been told in narrative features since the earliest days of moviemaking.

We hope that reading about these REAL REEL princesses and pilots, artists and actors, poets, political activists and other women from all walks of life will prompt you to add all the films about them to your watch list, and that you’ll then be motivated to seek out and enjoy additional current and classic movies about other real women whose stories are memorialized in cinema. Continue to AWFJ’s REAL REEL WOMEN List.