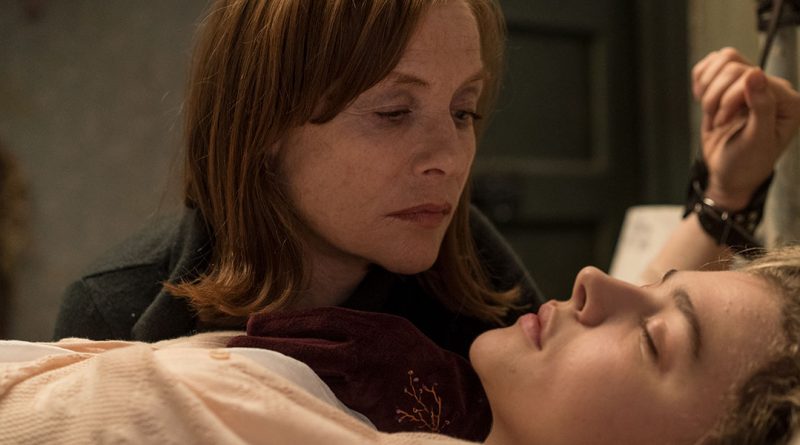 Greta is the worst of the year.

This is a film guaranteed to scare claustrophobes who do not like the thought of being shut in a box, even one with Pennsylvania Dutch painting on the front. c is not a film for anyone who’s ever been tortured by a sociopath either. In fact, it’s hard to say who the audience for Greta is.

If the film were just scary, it would appeal to people who like to be scared. Or it it made fun of scary movies, as Get Out did, it would appeal to people who love camp. It is laughable but not as parody. The audience may laugh, but it is the laughter of “I cannot believe I’m watching this” or “Why didn’t I leave 10 minutes ago” or “I’ll never get this 90 minutes back in this lifetime or the next.”

Greta tells the tale of a woman named Greta, who leaves her purse on the subway, of another woman, named Frances, who picks up the purse to return to Greta, and of a third woman, named Erica, a flighty friend of the second.

Greta is played by Isabelle Huppert, who has worked in dozens of films to some acclaim; Frances by the up-and-coming actress Chloë Grace Moritz, most recently in Suspiria; and Erica by the ingenue Maika Monroe. None of the trio acts well in these parts, in a stupid, stultifying, stilted screenplay, written by Ray Wright and Neil Jordan.

Jordan directed. He also directed The Crying Game and Michael Collins. Why he attached his name to Greta a cinematic bolus, is a question that does not merit answering.

Greta offers nothing to the world of cinema.