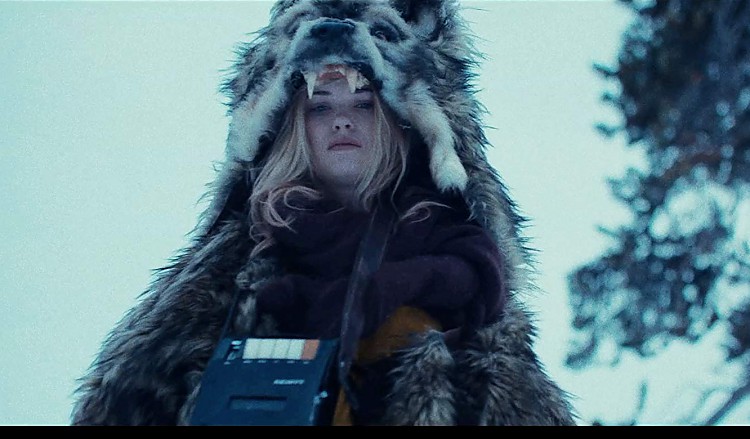 Starfish is a film of dreams and ghosts, set in that almost incredulous liminal headspace of deep, deep grief. It’s a sad, slippery film that stars Virginia Gardner as Aubrey, a young woman effectively immobilized by the death of her best friend Grace (Christina Masterson). Soon after the funeral, a low-fi dystopian apocalypse forces Aubrey on a treasure hunt the late Grace had prepared for her before her death where Aubrey must find a series of mix-tapes her old friend has left hidden for her across the now-abandoned small town where the film is set. With these tapes, Aubrey believes Grace has provided her with a series of intersecting sound signals capable of saving the world.

Starfish is a monster film like no other; it eschews the big budget spectacle so often associated with the category to focus instead on a deep, symbolic introspection. It wears its low-budget indie credentials as a badge of honor as it traverses terrain as much psychological as geographic.

Although brought to mainstream attention in the blockbuster success of John Krasinski’s A Quiet Place last year, the power of sound has often been utilized as a plot device in a number of often underrated yet equally intriguing horror movies in recent years particularly that together form a loose subgenre – highlights include YellowBrickRoad (Jesse Holland and Andy Mitton, 2010), Pontypool (Bruce McDonald, 2008), The Sound (Jenna Mattison, 2017), and the 2007 anthology The Signal. Starfish sits comfortably alongside of these films in terms of its general storyline, but it also simultaneously deviates into a space very much of its own creation. While we often might think of cinematic world-building as a visual activity, these films prove that is not always necessarily the case.

Directed by A.T. White from the UK band Ghostlight, the emphasis on sound perhaps comes as little surprise, and it is this multi-skilling that explains why it is so successful at so organically and intuitively incorporating music from bands like Sigur Rós and Sparklehorse on its soundtrack. But to privilege only the audio qualities of Starfish does it a great disservice; there is a playfulness and fearlessness in its approach to visual sybolism that permeates the film and underscores its out-of-the-box approach to how moving images can both create emotional impact as much as a thematic one. While admittedly not always successful – one or two of its visual ‘tricks’ don’t quite hit the mark as satisfyingly as others – it’s hard to begrudge a filmmaker for wanting to push the envelope in the way that clearly marks this film as coming from a good place: it is without doubt a sincere, fresh exercise in creative filmmaking.

Ultimately, however, Starfish is all about Gardner’s Aubrey, whose performance the film very much relies to grant a sense of authenticity to its otherwise hyperbolic events. As our wandering half-awake tour guide, Gardner takes us on a journey that for all its fantastic creatures and the epic nature of its Lovecraftian vision boils down to a deep, reflective tale about guilt and grief. We meet Aubrey at a point in her life marked by drastic emotional upheaval, and that the world outside her head mirrors her internal tumult with such confident poetic force provides the magic that makes the experience of watching Starfish transcend its minor bumps and glitches.

Starfish is on theatrical roll-out across the US in March and April, on VOD in late May.