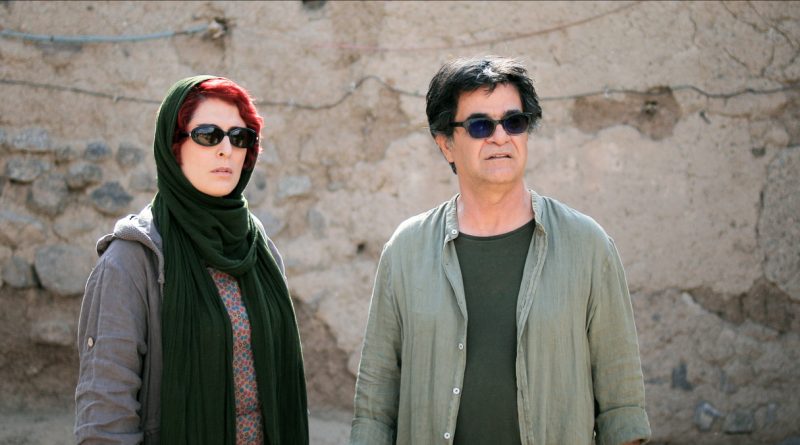 “He’s suffering, but it’s not up to you or me to intervene,” a villager says to filmmaker Jafar Panahi in his latest film, 3 Faces. The man is talking about a stud bull, injured while being transported to the village Saran on the area’s one road and left to slowly die, but his statement also serves as an opposition—a rejection—of the idea that the purpose of life is to help others who are unable to help themselves. There is practicality to what the man says to Panahi, who is playing a version of himself, but a sort of privilege, too. To walk away from a situation is to possess a certain kind of power, and it’s one that the titular women of 3 Faces rarely, possibly never, possess.

Panahi’s film begins with a tragedy: A young woman named Marziyeh (Marziyeh Rezaei) from Saran has sent a video of what seems like her own suicide to Panahi (Iranian viewers will recognize the use of the app Telegram), with a message for the famous actress Behnaz Jafari (like Panahi, also playing a version of herself). “They laugh and cry with you,” Marziyeh says of her family in her video to Madam Jafari, who appears in a popular television program. “They would have listened to you.”

What did Marziyeh want? For Madam Jafari to travel to her village and plead with Marziyeh’s parents to let her attend acting school in the Iranian capital of Tehran, an action that is considered with judgment, shame, and distrust in this community. And so out of a mixture of guilt, regret, and curiosity, Panahi and Madam Jafari make the long journey to the Azeri area of northewest Iran, where most people speak Turkish instead of Persian, where there are dozens of villages nestled in the mountains and valleys, and where there is only one road, leading both in and out.

“We must all go, one day or another,” a character says in 3 Faces, but that reality doesn’t make Panahi or Madam Jafari feel any better. They bicker during the trip: He believes the video is genuine, but she worries it’s a hoax, a prank. During their travels, she is recognized for her role on television, while as a filmmaker, he goes mostly unnoticed. And most prevalently, there is the gendered nature of their interactions with villagers. Madam Jafari is swarmed by young female students while Panahi is only approached by older men; when the pair are together, men are polite to Madam Jaferi, but ask Panahi the real questions. Although Iranian women are provided more societal rights in Tehran than in other places in the Middle East—they’ve been allowed to drive for decades, they serve in the Iranian government and in high-ranking political and social positions—in this village culture, a strict hierarchy remains in place.

And yet, the contributions of these women cannot be denied, and that is the focus of 3 Faces: to demonstrate the outdatedness and ignorance of treating these women with disrespect or mistrust, of questioning their motivations or their talent, of using words like “entertainer” instead of “artist.” Panahi gives each woman who is a member of the 3 Faces an opportunity to be framed respectfully and honestly by the camera, not only so we can see their personalities but their passions, too, their motivations and their desires.

During an altercation between three women, Panahi keeps himself outside of the fight but whirls the camera around and between them, effectively capturing the ebbs and flows of the argument. In another scene, when Panahi learns that the famed actress Shahrzad (also known as Kobra Saeedi), who was a star before the Iranian Revolution, lives in the village but is ostracized by the community, he wanders upon her in the middle of a field, painting the landscapes around her, refusing to yield to pressures to stay inside, to keep her head down, to pretend she isn’t who she is. Instead, Shahrzad dances inside her home, inviting the other women in the 3 Faces to join her; their joyful silhouettes form a united front against the exclusivity that permeates throughout the rest of Saran.

“There’s no logic, no rules here,” someone says of Saran, but there is humanity, if you look for it, and Panahi does. 3 Faces is another example of deeply empathetic cinema from the filmmaker, an exploration of the frictions between generations inside Iran while offering sympathy to all parties: the young and the old, the traditional and the cosmopolitan, and in particular the women caught in a transitioning society that too often refuses to grant them the respect they deserve.