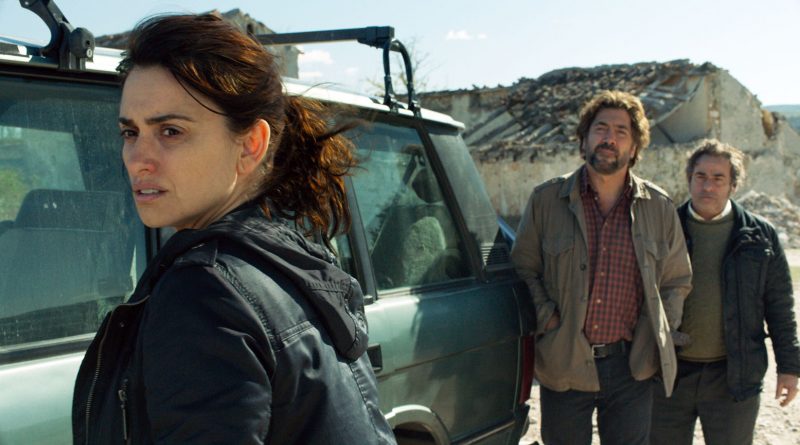 The Iranian writer/director Asghar Farhadi is well known and well honored for his works, including the luminous Separation and The Salesman. With Everybody Knows, he continues observing families, but the film trembles on the cusp of telenovela as often as it explores secrets.

Laura returns to her family home near Madrid from Buenos Aires for a family wedding. She is accompanied by her teenage daughter Irene and her little boy but not by her husband. She has glorified Alejandro to her family, but some of those secrets leak out after drips of other revelations as the story ensues. The secrets affect several generations of Laura’s family as well as the family of her former lover, now the owner of her gambling grandfather’s vineyard.

The land becomes an important resource for ransom when Irene is kidnapped early on in the storyline.

Laura is played convincingly by Penélope Cruz and her lover most solidly by her real-life husband Javier Bardem. Laura’s husband is played perhaps too healthfully by Ricardo Darín. Irene is well realized by Carla Campra, especially in contrast before and after her kidnapping.

Farhadi succeeds as well in contrasting the merriment of the family wedding with the coming together and breaking apart through suspicion of this vast family, the members very hard to keep straight, frankly. However the film’s theme is very true to family: “Now,” insists one member after the other, “is not the time to talk about this.”

What is more familial than secrets? In “Everybody Knows,” Farhadi keeps the family stories agile and falls into the drink of soap opera only a bit. He certainly succeeds with his richly involving plot and his strong directing with José Luis Alcaine’s fine cinematography.