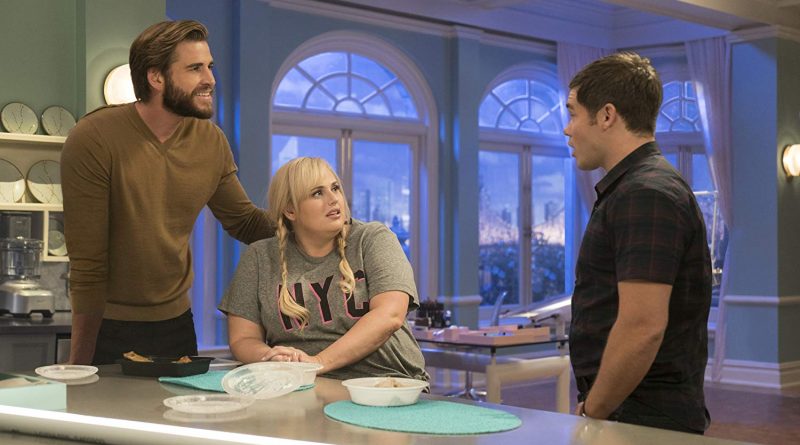 How did a concussion injury become a romantic comedy cliché? Following What Men Want, this is the second cinematic instance in 2019 when a woman’s life suddenly changes – for the better – after she suffers a brain injury.

Although her supportive, sentimental assistant Whitney (Betty Gilpin) loves romantic comedies, cynical Natalie stopped believing in that kind of fantasy years ago after her mother (Jennifer Saunders) told her that plus-size girls who look like her don’t experience the kind of sappy romance found in Hollywood’s dream machine: “Rom-coms are toxic.”

Then one night, after thwarting a mugger, Natalie smashes into a metal beam in a subway station and is knocked out. When she awakens, she’s in her own delusionary rom-com.

Suddenly, an ER doctor (Tom Ellis) flirts with her, the Big Apple smells like lavender and her surroundings are beautiful: “This isn’t an emergency room; this is Williams Sonoma.”

When she gets home, Natalie’s dingy, dilapidated apartment in an outer borough has become swanky, spacious and sanitized, her closet filled with superbly tailored clothes.

Best of all, debonair Blake is suddenly smitten with bubbly Natalie, whisking her off for dinner on his yacht. But how can they wind up in bed when rom-coms are traditionally PG-13?

And Josh, who has never had a girlfriend, is set to marry seductive swimsuit model/yoga ambassador Isabella (Priyanka Chopra). Plus, there are a couple of Bollywood’ish flash-mob production numbers.

Formulaically scripted by Katie Silberman, Dana Fox and Erin Cardillo and directed by Todd Strauss-Schulson, it evokes the ‘concussive’ concept that’s been around since Mark Twain wrote A Connecticut Yankee in King Arthur’s Court and recalls Amy Schumer’s I Feel Pretty.

On the Granger Movie Gauge of 1 to 10, Isn’t It Romantic is a silly, satirical 6, yet subtly subversive.