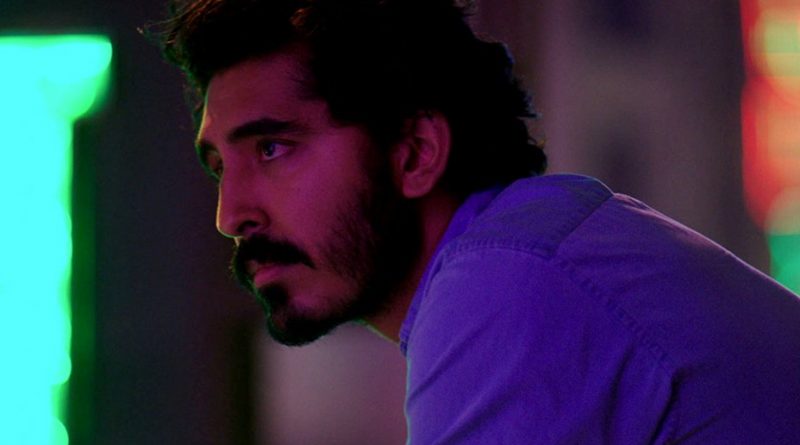 “The Wedding Guest” is no party.

Patel has come a long way from Slumdog Millionaire and even from the Marigold Hotel. In The Wedding Guest he proves he can be a lead actor with subtlety and carry a serious movie. His face is as stormy as the music starting the story. Jay is driven. He has a goal. He travels to his destination by a series of rental cars and buys a couple of guns on the way.

His destination is the sleeping quarters of a young woman, the bride. Jay kidnaps her, as per assignment. Meeting up with his employer and delivering the kidnapee form bits of the story. His motif is “You got the money?” because that’s what he’s here for. Mysteries abound.

Michael Winterbottom wrote the story and directed the film. Winterbottom has skated like cold water on a hot skillet in his films, from the deadly serious A Mighty Heart to the mighty hilarious The Trip. Here, he spends a lot of time traveling from Pakistan to India and back, on planes and buses and cars. Giles Nuttgens’ cinematography captures the color and the dust as he did in Hell or High Water, but Harry Escott’s music is too telegraphic.

As the anti-hero, Dev Patel admirably shifts from determined kidnapper to protector, and as the stolen bride, Radhika Apte plays with a nod to Barbara Stanwyck. The Wedding Guest translates the world of film noir from New York to India and the time from the Thirties to last week. The film works surprisingly well.