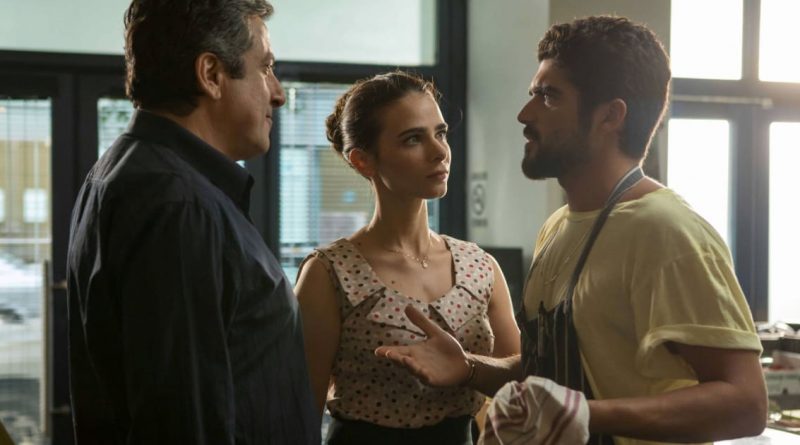 Working Woman is a far cry from the comedic and celebratory Working Girl from the ‘90s, with Melanie Griffith’s secretary fabulously bluffing her way up the corporate ladder. Instead, it’s a sadly familiar #MeToo movement lesson from feminist Israeli director and co-writer Michal Aviad. What she gets just right is the dicey tightrope that ambitious females often face when a manipulative man used to getting his own way, sexually and otherwise, stands between them and their career goals. As Orna, a loving mother of three young children and wife to a handsome chef whose new restaurant has put them in debt, actress Liron Ben Shlush gives a deeply felt and nuanced performance as her character uses past connections to snag a sales job with a real-estate mogul.

That Orna is a charismatic and smart pitch person, selling pricey high-rise apartments to clients that others couldn’t convince previously means less to her boss, Benny (smug insincere Menashe Noy), than her eventual acquiescence to his fumbling advances. It starts with an unwanted kiss and then builds to a nasty encounter on a work trip to Paris. He says, “You drive me crazy” when she clearly is not interested. After that, she starts to quietly break down emotionally, revealing to her not exactly shocked mother that “I made a mistake” on her business getaway and confessing her shame to her husband, who blames her for leading on her boss. He conveniently forgets that the reason she is in this situation is to allow him to achieve his dream. Their reactions are, of course, depressingly universal.

When Orna takes public transportation on her first day of work, she holds onto a pole to steady herself and her wedding ring is prominent. That exemplifies the subtle ways this film gets under your skin.