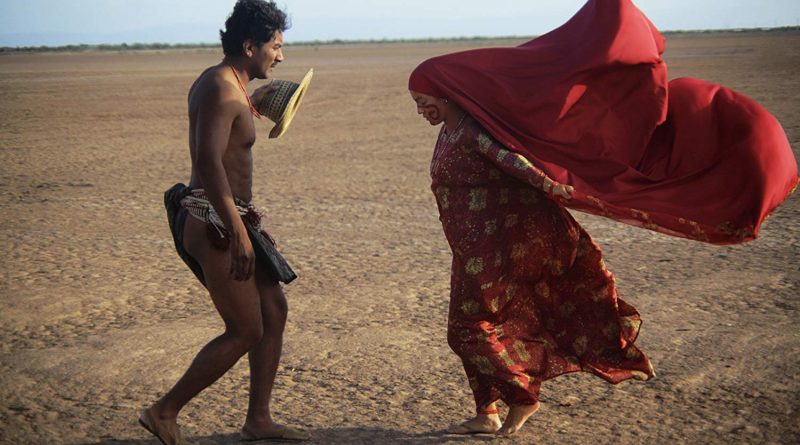 Colombia’s submission for the Foreign Language Oscar refutes the stereotypical depiction of that country’s drug trade, particularly on shows like Netfix’s popular Narcos.

Instead, filmmakers Cristina Gallego and Ciro Guerra (“Embrace the Serpent”) focus on the chaos and carnage caused by American “hippie” Peace Corps workers who smuggle marijuana in the 1970s.

Their desire of cannabis exploits a rural Wayuu tribe whose ancient values and traditions are devastated by what came to be known as the “Bonanaza Marimbera.”

Suspicious of outsiders, called “alijunas” or “the ones who do damage,” in the Wayuu world, dreams and reality intersect.

The linear narrative is structured in five installments, called “cantos.” Each takes place within the confines of the isolated, indigenous people, who speak an amalgam of Arawak and Spanish.

In the opening sequence, Zaida (Natalia Reyes) performs a traditional coming-of-age dance and is approached by Rapayet (Jose Acosta). Dismissed by her powerful mother, Ursula (Carmina Martinez), because he cannot pay her hefty dowry, Rapayet is determined to prove his worth.

As Ursula prophetically says, “What’s hard is not making a family. It’s keeping it together.”

On the Granger Movie Gauge of 1 to 10, Birds of Passage is an epic, ethnographic 8, its vivid images relentlessly rich in social context.