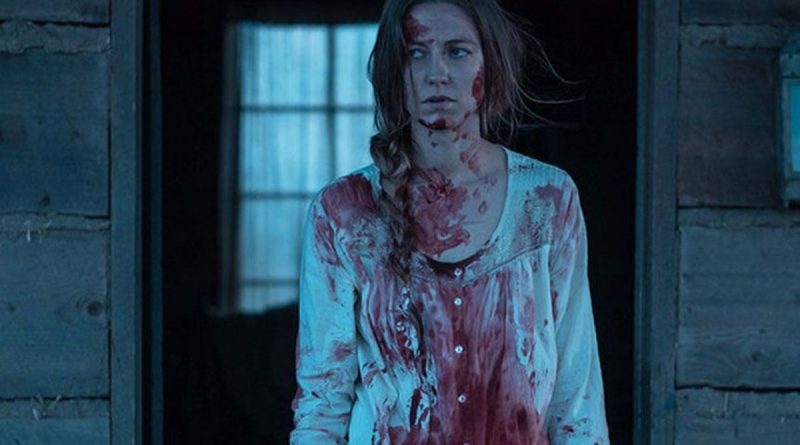 The Wind is a Haunting Female Frontier Story

The Western frontier was a difficult place to live. The terrain was rough and the elements unpredictable, but in the early days, there was another, even more trying aspect to life in the wilderness of the frontier: seclusion.

It’s the more difficult mental state of loneliness which is at the centre of The Wind, Emma Tammi’s feature film debut which centers on a woman in the midst of a mental breakdown.

Caitlin Gerard stars as Lizzy Macklin, a young frontierswoman living a simple life so far from anything that there isn’t even a church nearby. Her husband is often away leaving Lizzy to fend for herself, a hardship she endures with no complaint. When a young couple, Emma and Gideon Harper (Julia Goldani Telles and Dylan McTee respectively) move into the nearby cabin, rather than seeing the new neighbours as an occasion to celebrate, Lizzy sees Emma as a chore, a coddled young woman who can’t handle the hardships of life on the frontier and soon enough, the lives of the two couples take a terrible turn.

Though The Wind has a supernatural horror storyline running through it, the most compelling aspects of Tammi’s film have nothing to do with the legitimate scares peppered throughout. First and foremost there are the performances from the women, particularly Gerard who brilliantly portrays Lizzy’s slip into madness. The performance encompasses her completely and the wildness of the character comes through in Gerard’s eyes. Even in moments when she’s having a quiet conversation there’s a flicker of something just a little off playing in the corner of her face; it’s a star-making performance.

Teresa Sutherland’s script is also a small marvel, taking a typical Western set-up and turning it into the story of a woman suffering a mental breakdown while never straying far from the hardship of life on the frontier. Perhaps the most inspired aspect of the script is Sutherland’s well conceived interactions between the men and the women. Though the script doesn’t go as far as it could have to be completely satisfying, when Lizzy finally stands up to her husband and makes him see what she’s been dealing with… it’s a satisfying moment that there could have been more of.

And then there are the aesthetics, the beautiful cinematography from Lyn Moncrief who has previously impressed with his work on Orion and Midnight Son, Ben Lovett’s score which adds an air of eeriness to the haunting visuals and Alexandra Amick’s editing which effectively stitches together two timelines to help tell the story of Lizzy’s downfall.