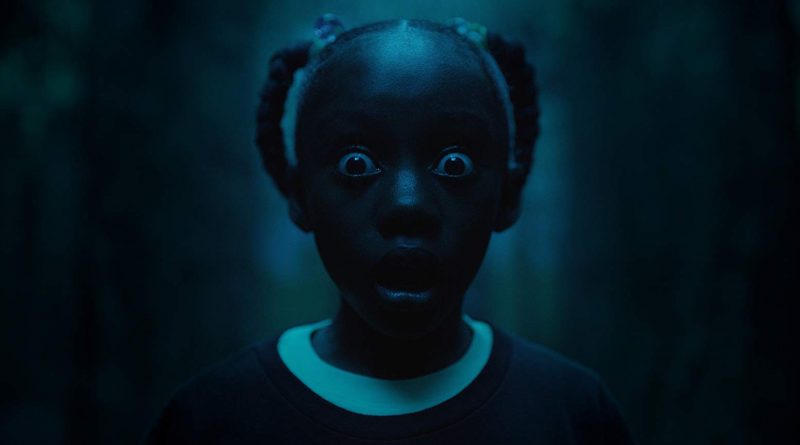 Us doubles as horror and statement.

The thing about Us, Jordan Peele’s second film, is that you, and by “you,” I mean the universal critic, can go on and on, as professional critics already have, about how political it is under the horror, how gracefully actor Lupita Nyong’o moves, how hysterical it can be — even cute (cue the bunnies).

But at the end of all those cheers lies one daunting task: you, and by “you,” I mean, you, you have to sit through the blasted thing. “You” might also mean the Jordan Peele fan, raised on his pointed humor in Key and Peele, hoisted on the petard humor and political points of his first movie, Get Out, which won an Oscar.

Us is also a horror film, Peele’s favorite genre. It exploits the traits of horror, the parallel universe, the masks, the ordinary unmasked to reveal the extraordinary, even the bunnies, here as numerous as those in The Favourite but meaning something very different. Us trades on mirrors, doppelgangers, doubles, inners and outies, even the Underground Railroad. Heck, even Hands Across America. And Red — here in a jumpsuit rather than the Handmaids’ copes.

But once you’re caught red-handed as you symbol-hunt then navel-gaze in a un-fun-house mirror, once you’re through hoping Us is more than the noise of Michael Abels’ music or N’yong’o’s growl as Red, once you’re finished hoping that humor shines through the red blood off the golden scissors, you still have to sit through Us.

You might champion movies cast with a predominant ethnic group, heretofore, largely left out of flicks, like the Asians of the lame Crazy Rich Asians. In Us, it’s African-Americans comprising the majority of the cast. But at the end of the night, and of this over-long film, you’ve still got to have a movie worth watching. Us isn’t.