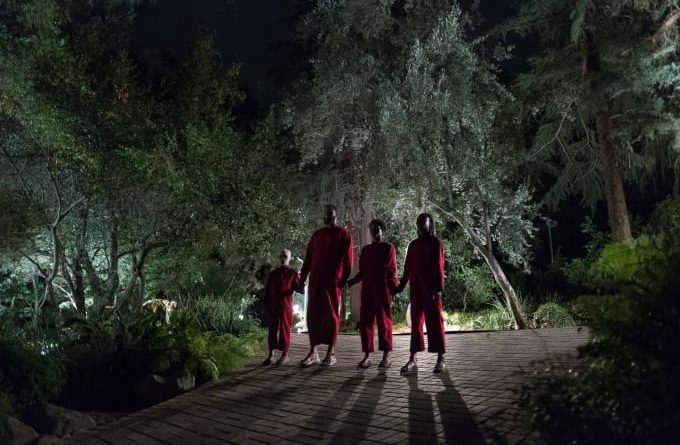 Us, written and directed by Get Out’s Jordan Peele, follows the Wilson family that’s returned to Santa Cruz’s estate after Adelaide Wilson’s (Lupita Nyong`o) mother passes away. As soon as the family of four (Gabe Wilson, and children Zora and Jason) arrives at their final destination, they look forward to spending quality time in a beach, enjoy each other’s company, and even love life more than they do right now. But uninvited guests at their doorway that look exactly like them interrupt their plan with an attempt to kill the whole family.

The film opens with a card to remind people of the number of underground subways in the United States that exists without knowing the purpose behind that message. Then, it takes us to Santa Cruz in 1986 right in the midst of a campaign called HandsAcrossAmerica to feed hungry people. A little girl named Adelaide is outside with her parents. As they are busy looking around, the girl separates herself from them and enters a place called Shaman’s Vision Quest Find Yourself, which the little girl does exactly. Shortly after, she finds herself in a hall of mirrors, in one of them she sees a girl that looks exactly like her. Continue reading