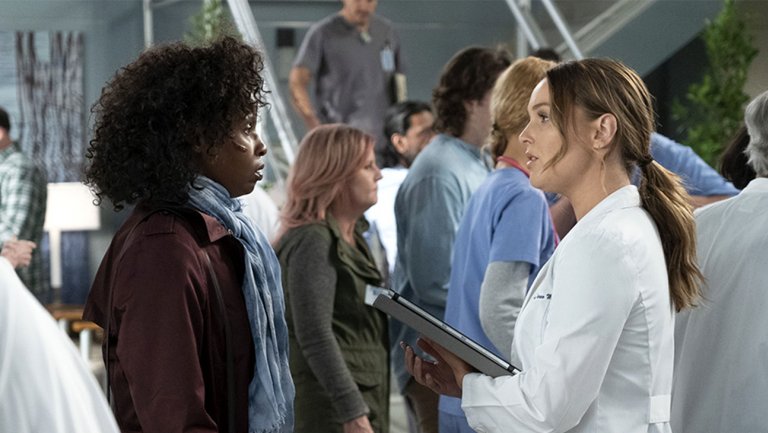 Many people probably don’t even know that Grey’s Anatomy is still on air. But devoted fans still tune into the TV series created by Shonda Rhimes and it’s now on its 15th season. Very few shows make it to that landmark, let alone deliver an episode that people talk about and puts Twitter on fire. But that’s what happened this past week.

The hour-long episode Silent All These Years – named after a Tori Amos song – depicts a rape victim and talks about the meaning of consent. The series showed not only the clinical details how a rape kit is administered on a victim but also how women suffer the psychological damage of years, if not generations to come.

According to the Hollywood Reporter which ran a lengthy interview with showrunner Krista Vernoff and writer Elisabeth Finch, the standards and practices department of ABC had “notes” on what not to show in this detailed depiction. But after reading them creator Shonda Rhimes respectfully declined them. Read the fascinating interview by Lesley Goldberg or the inside story about how the episode came about.

The episode is truly a surprise from the show that brought you “McDreamy” and “McSteamy”. Not to dismiss the huge range of topics that Grey’s Anatomy usually covers, often female-centric and often interesting (even though many probably tune in for the eye candy doctors and the never-ending relationships of the hospital staff), but taking on sexual assault in the way it was written is taking it up a notch – for television and women. In one very emotional scene, women line up in the hospital hallway to support the rape victim (played by Khalilah Joi) who has to be brought to the OR for surgery. That was one great moment that surely had viewers whisk away a tear or two. It turns out many of the women in the scene were not only the cast, but also the writers, crew and producers of the show. Furthermore the episode was written, directed, edited, filmed by women. Just impressive. You can watch Season 15, Episode 19 Silent All These Years on the ABC website though a variety of providers.