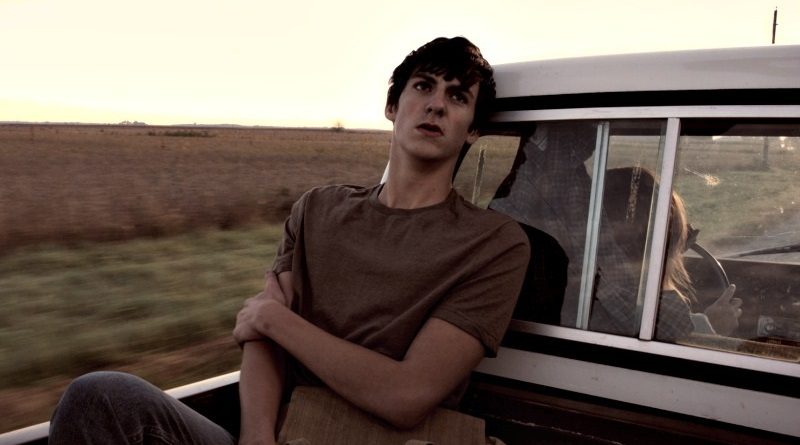 Writer/director Tre Manchester’s The Things We’ve Seen, now on streaming services, mixes elements of thriller, noir and melodrama, which is pretty ambitious for a film with obvious budget constraints. That it succeeds only intermittently is understandable and forgivable; ambition is never a bad thing.

The film opens in dramatic fashion: a group of men are holed up in a burning building. Some are killed and some apparently flee after a shootout with police. The rest of the tale deals with the aftermath of this incident. The fire razed the small, midwest town’s last working mill, leaving much of its already shrunken population unemployed. The local Sheriff (John D. Carver) suspects Rayford Boem (Randy Ryan) as the ringleader of a deliberate torching and believes Rayford is still at large. Rayford’s true role and his motivation are not explained until much later, a script choice that doesn’t work entirely well. An allusion to a labor strike and Rayford’s role in it is underutilized; this potentially rich backstory might have allowed more investment in the character.

Much of the aftermath of the fire is about its effect on Rayford’s wife, Ivory Joy (Shani Salyers Stiles); and his teenage sons, the emotionally reserved Neely (Noah McCarty-Slaughter) and his angry older brother Reagan (Jarrett Maier) who sets out alone to find his father.

Once the injured Rayford and his brother Rick (Jordon Hodges) take refuge at the modest family home, the film finds some footing in festering family resentments over Rayford’s absenteeism while he traveled the road as a country singer leaving Ivory Joy and the boys to fend for themselves. Stiles effectively conveys Ivory Joy’s frustration at trying to hold her family together while also understanding that something is permanently broken. Her tender friendship with local pastor Hank (Roger Welp) helps her cope, though Neely and Reagan dismiss Hank’s earnest efforts to get close the them.

The dreariness of a dying rural town is well depicted; stretches of lush scenery clash with the reality of boarded up storefronts and a grocery store with hardly any food on its shelves. Touches like this make one eager to see what Manchester will do next.