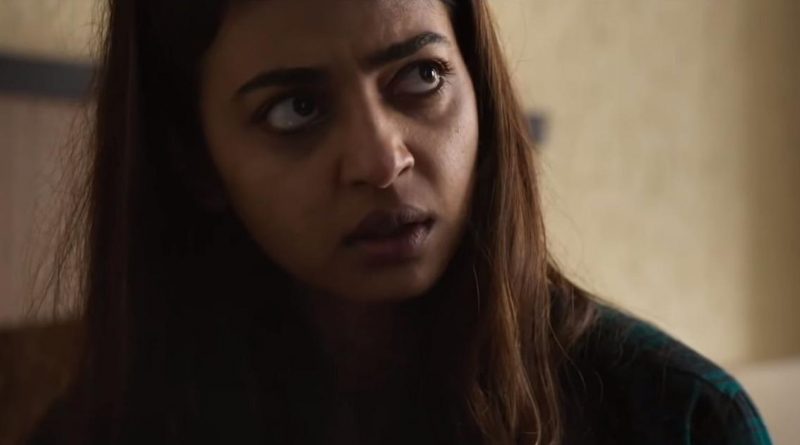 If you’re looking for a romantic comedy, look elsewhere. This is a kidnapping caper.

Inscrutable Jay (Dev Patel) is an espionage expert who flies to Lahore, Pakistan, from London, ostensibly to attend a wedding. But is real mission is to kidnap the bride, Samira (Bollywood actress Radhika Apte).

Toting duct tape and multiple passports, Jay was hired by Samira’s lover Deepesh (Jim Sarbh) to save Samira from an arranged marriage to a wealthy Pakistani man she doesn’t love. But in his eagerness to abduct Samira and make a quick getaway, Jay kills a security guard. That changes everything.

Fleeing from the police and irate Punjabi families in various rental cars, they become reluctant partners-in-crime. As they cross the border into India, stoic Jay is determined to look after Samira, a Middle Eastern woman who is determined to forge her own destiny, particularly when she discovers Deepesh’s reluctance to go on the lam with her.

Unfortunately, screenwriter/director Michael Winterbottom (“The Trip,” “24 Hour Party People”) doesn’t flesh out his characters. We never learn their backstories, which severely limits any emotional involvement. So the concept is listless and hollow.

On the other hand, Winterbottom and cinematographer Giles Nuttgens vividly incorporate the pungent atmosphere of various locations in India, including the crowded New Delhi streets and the bucolic tranquility of Goa, transforming it into an exotic travelogue.

“Slumdog Millionaire” actor Dev Patel has forged a fascinating career since that auspicious debut feature. Determined not to be shackled by his ethnicity, Oscar-nominated Patel has performed pivotal roles in “The Best Exotic Marigold Hotel” and its sequel, “Chappie,” “Lion,” “Hotel Mumbai” and TV’s “The Newsroom.”

Born in Harrow, London, to parents from Nairobi, Kenya, he’s of Gujarati Indian descent. This is the first time Patel been able to show off his expertise in martial arts, particularly taekwondo.

On the Granger Movie Gauge of 1 to 10, “The Wedding Guest” is a serviceable 6, a low-key thriller.