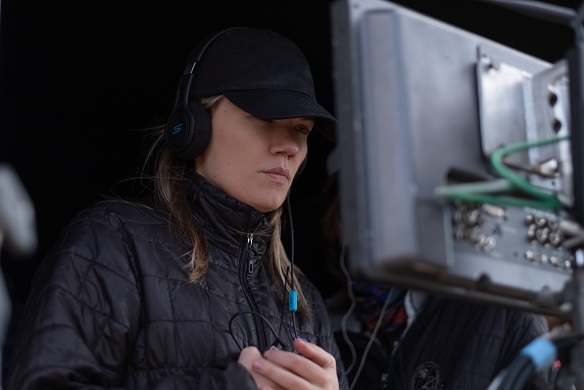 Emma Tammi’s feature film directorial debut “The Wind” opens with a visceral, gruesome and distinctly feminine image: A plainswoman emerging from her frontier cabin, the front of her gown covered in blood and her arms holding a bundled baby.

“One of the things that really drew me to the opening was that it was so bold. And I thought, ‘If we’re gonna set the mood for what is certainly in the first half of the film is a pretty slow burn with something as graphic and gory, it should still have the stillness of imagery to really let us focus … and really let us settle in that moment on the characters,” Tammi told me in a recent phone interview. Continue reading on THE WEEK IN WOMEN