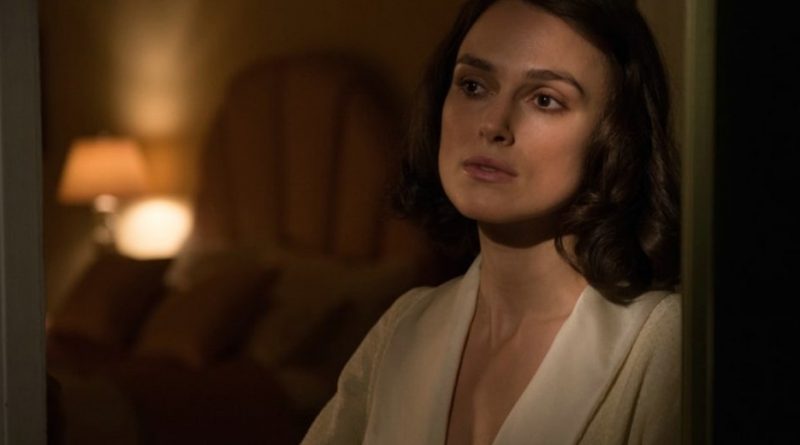 Set in 1945, immediately after W.W. II, it’s a love triangle involving a stiff-upper-lip English couple and the anguished German architect whose palatial home on the banks of the Elbe River the British Army has requisitioned.

But Rachael is stunned to discover that her altruistic husband has refused to evict the previous owner, courteous widower Stefan Lubert (Alexander Skarsgard) and his troubled teenage daughter, Freda (Flora Thiemann), allowing them to take up residence in the attic.

Since the death of their eleven year-old son in the London blitz, Rachael has loathed all Germans and there’s a great deal of unspoken tension between her and silent, stoic Lewis, whose complex assignment involves “de-Nazification,” determining which Germans were Nazi sympathizers and which were not.

Adapting Rhidian Brook’s 2013 best-seller with Joe Schrapnel and Anna Waterhouse, director James Kent has simplified or eliminated many of the secondary characters who enriched the story and the dialogue is ridiculously simplistic. A contrived subplot involving displaced Nazi youth during the British occupation lacks the necessary intensity.

It’s disappointing particularly since James Kent’s debut feature, Testament of Youth,” was so much more effective, also tackling the subject of love-during-wartime.

On the Granger Movie Gauge of 1 to 10, The Aftermath is a stiff, soapy 6. Yet. so much potential is squandered