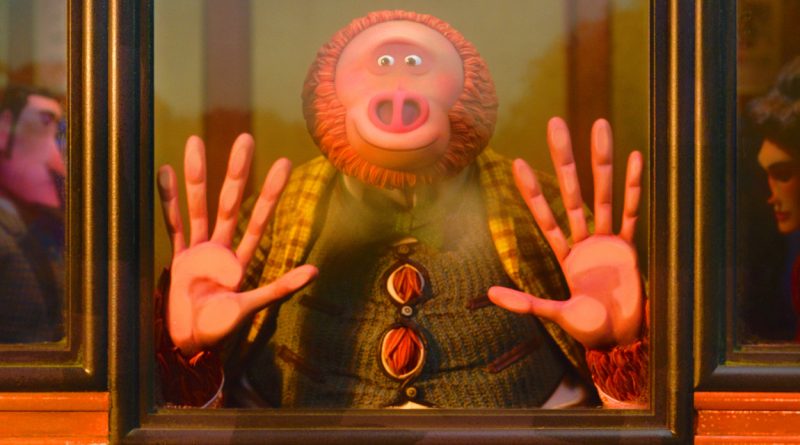 Despite a delightfully dry British sense of humor, smashing voiceover performances and gorgeously textured visuals, the “Missing Link” proves the weakest of its family tree of animated films.

“Missing Link” is the fifth feature film from Laika, the Oregon-based stop-motion animation studio that previously created “Kubo and the Two Strings,” “The Boxtrolls,” “ParaNorman” and “Coraline.”

The new animated adventure follows Sir Lionel Frost (the always-charismatic Hugh Jackman), a dapper and composed British monster hunter who travels the Earth searching for mythical creatures. In a refreshing twist, Sir Lionel doesn’t want to kill or capture these unusual creatures, but to simply collect evidence of their existence. His ultimate goal is to gain admission to London’s Optimates Club, an exclusive group of explorers taking “British table manners to savages everywhere,” although the society is run by his pompous rival Lord Piggot-Dunceby (Stephen Fry), who is determined to keep Sir Lionel and his undignified beast-chasing out of the club.

After a thrilling opening in which Sir Lionel lures the Loch Ness Monster out of hiding but fails to secure proof of Nessie’s life, he accepts the challenge sort forth by a mysterious letter to travel to the U.S. Pacific Northwest and search for the mythical Sasquatch. Sir Lionel finds the towering, furry Bigfoot (Zach Galifianakis), but also finds out that he’s a literate, English-speaking lonely heart who is the last of his kind. So, the Sasquatch convinces the adventurer to escort him halfway across the world to the fabled Shangri-La, believed to be the home of his cold-weathered cousins the Yeti (led by an elder voiced with acerbic gusto by two-time Oscar winner Emma Thompson).

But to guide the gentle giant to Shangri-La, Sir Lionel must first procure a map his late partner created to the legendary land, and that means trying to persuade his friend’s widow, the fiery free-spirit Adelina Fortnight (Zoe Saldana) to hand it over – or come along for the hazardous trek. And traversing the Himalayas isn’t the only danger on the journey, as Lord Piggot-Dunceby hires an underhanded bounty hunter (and Yosemite Sam homage) named Willard Stenk (Timothy Olyphant) to keep Sir Lionel from returning to England with any boon that would force his entry into the Optimates Club.

“ParaNorman” writer/director Chris Butler creates the most colorful and preschooler-friendly Laika film to date. But he and his team get too thorough in sanding off the narrative’s eccentric edges and smoothing out the stop-motion animation’s literal fingerprints. Although “Missing Link” features remarkable action set pieces, the filmmakers add too much digital technology to the mix, losing some of the rough-hewn charm of the stop-motion craft.

Despite the promising setup, the globe-trotting adventure never takes any of the bizarre flights of fancy of its predecessors. Even with the brief 95-minute runtime, the story bogs down in the middle, and one thing a movie about a bookish Sasquatch named Susan should probably never get is a little boring.