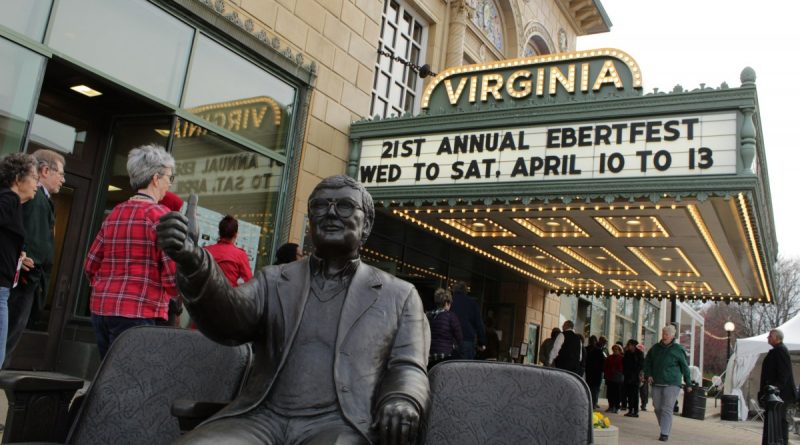 Roger Ebert’s Film Festival, aka Ebertfest, is unique in its pure and glorious celebration of cinema.

The annual four-day program, which just completed its 21st edition, consists of but a dozen films. Ebertfest is quite compact, as film festivals go. But, this joyful movie event has enormous heart, and it emanates influence and inspires empathy far beyond Champaign, Illinois, the college community in which it makes its home and has found its soulmate.

To sum up Ebertfest, no words work better than those written by Chaz Ebert: “Over the years, Ebertfest has evolved into not only a place to celebrate cinema, but to celebrate the very best in human nature. We give ‘Humanitarian Awards’ to filmmakers who exhibit an unusually compassionate view of the world and this year, we honored Morgan Neville for his film Won’t You Be My Neighbor? about Mr. Roger’s Neighborhood. Additionally, we established the “Icon Award” and the inaugural award given to Rita Coburn for her film honoring icon Maya Angelou. The academic panels with the Champaign County Alliance for Inclusion and Respect contained in-depth discussions on eradicating stigma of addiction and mental and physical disabilities through the arts. The films chosen, whether domestic or foreign, result in an understanding of other peoples, other cultures, others in circumstances different from our own, with the core principles of empathy, kindness, compassion and forgiveness being woven into the fabric.” For the full report, continue reading on CINEMA CITIZEN