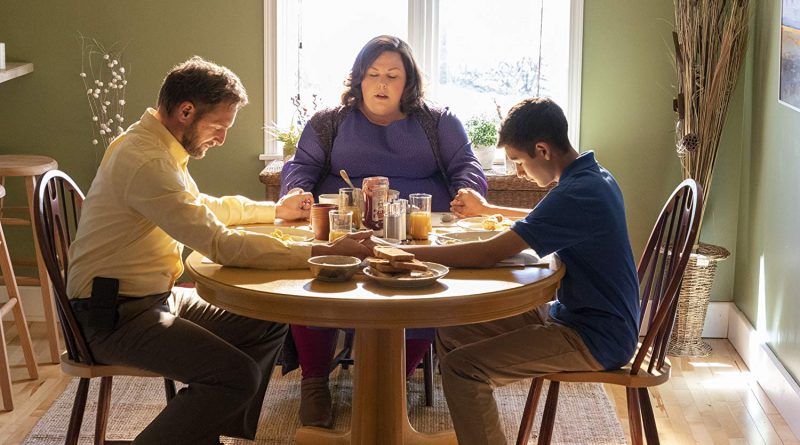 One of the most effective in the mini-genre of Christian faith-based films, this relates the story of John Smith (Marcel Ruiz), a 14 year-old boy who was submerged in frozen Lake Sainte Louise in St. Charles, Mo. for 15 minutes before being rescued and transported to the ER, frigid and without a pulse.

John’s devoted mother Joyce (Chrissy Metz) – who adopted him as an infant from Guatemala – rushed to nearby St. Joseph’s hospital. When the doctors told her that comatose John might never recover, she rejected their negativity and prayed – loud and long – at his bedside.

“The minute I prayed ‘Holy Spirit, please come and give me back my son!’ his heartbeat started,” Joyce recalls.

Miraculously, John walked out of the hospital less than three weeks later with no brain damage. Now 18 years-old, John travels the country speaking to young people, and he plans to attend a Christian college in the fall.

Based on “The Impossible: The Miraculous Story of a Mother’s Faith and Her Child’s Resurrection” by Joyce Smith, it’s cloyingly adapted by Grant Nieporte and melodramatically directed by Roxann Dawson.

There’s an inordinate amount of insipid dialogue devoted to the Golden State Warriors, which is not surprising since the team’s star, Stephen Curry, is executive producer.

FYI: Emergency responder Tommy Shine, who risked his life to save John, claims – in actuality – he never heard the “voice of God” during the rescue; that’s totally fictionalized, along with his subsequent religious conversion.

On the Granger Movie Gauge of 1 to 10, “Breakthrough” is a shallow, yet inspirational 6, aimed directly at an evangelical Christian audience.