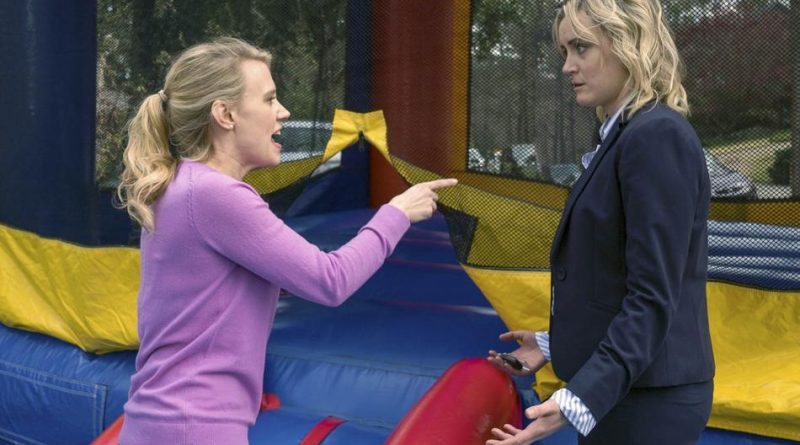 There are fewer comedic tropes as over-trodden as the self-absorbed adult whose life becomes enriched when a child suddenly enters their life. Think Charlie Chaplin in The Kid or Wallace Beery in The Champ. Later versions include Kramer vs. Kramer, Paper Moon and About a Boy. Meanwhile, Shirley Temple wouldn’t have had a career if this premise did not exist.

But when more women entered the corporate world in the ‘70s and the ‘80s, Hollywood gave us films like Baby Boom and Mr. Mom. The best movie in this genre is Mostly Martha, a 2001 German film about a driven female chef who suddenly must care for her 8-year-old niece that got an unnecessary Hollywood remake with Catherine Zeta-Jones as the lead in 2007’s No Reservations.

But here we are 12 years later and little progress has been made, judging by Laura Steinel’s directorial debut Family. At least this comedy gets Orange Is the New Black’s Taylor Schilling out of her prison garb and into a millennial power-suit as Kate, a tactless working gal trying to climb the ladder of success at her hedge fund job while lacking any kind of filter when spewing demands and insults at her co-workers. She is nothing but scathingly honest. Suddenly, she is recruited by her estranged brother to be a caretaker for her awkward tween niece, Maddie (Bryn Vale), who is bullied in school, sneaks out of ballet class to take martial arts lessons instead and likes to eat salt off of pretzel sticks.

I can see how the fact that Kate doesn’t coddle Maddie as her parents do as they force her into stereotypical female behavior such as wearing a fancy dress and going to a school dance does benefit her. But why does Kate have to tone down and accept that the people she works with have bad taste in the chain restaurants that they patronized? Sure, it’s fun to see Kate McKinnon as her brother’s pushy neighbor and mother of four who immediately tries to shame Kate for her lack of maternal concern. And I like that the actress playing Maddie is utterly believable and watchable in the role. But desperation rears its head when we and most of the cast are forced to endure a concert gathering of the hip-hop band the Insane Clown Posse and their clown-faced fans known as Juggalos. These guys have been around since the late ‘80s. Get over it and the fact that women don’t always have to be nurturers.