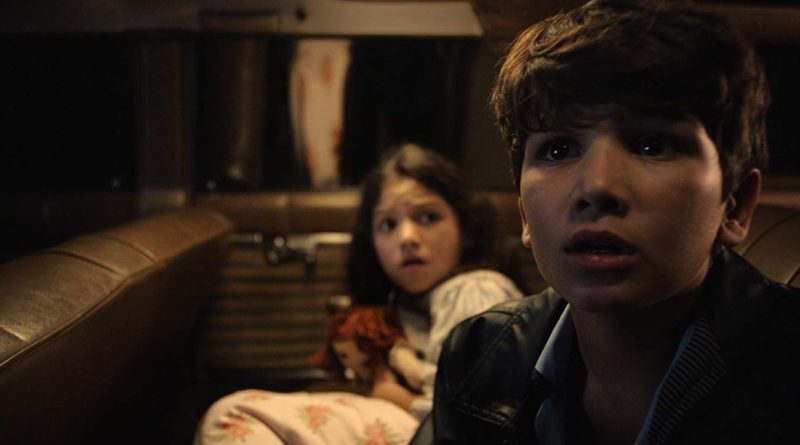 As Hollywood executives finally seem to be discovering the lucrative benefits of diversifying their film slates, it sets up an inevitable good news/bad news scenario.

The good news is that there are more movies about women and people of color. The bad news is that these traditionally underserved groups now have a widening slate of mediocre genre films coming soon to theaters near them.

“The Curse of La Llorona,” a supernatural thriller aimed at Latino audiences, serves a prime example. A standalone entry in the growing “The Conjuring” horror universe – Tony Amendola makes a cameo as his priest character from the franchise’s 2014 installment “Annabelle,” but it’s not necessary to have actually seen any other movies in the series to follow this one – it is set in 1970s Los Angeles and follows Anna Garcia (the underrated Linda Cardellini), a social worker and widow struggling to raise two children – Chris (Roman Christou) and Samantha (Jaynee-Lynne Kinchen) – after the death of her police officer husband.

When one of her longtime cases, a recovering alcoholic single mom named Patricia (Patricia Velasquez), stops returning calls and taking her two sons to school, Anna goes to investigate. She finds a terrified Patricia holed up in her apartment with candles blazing, and her traumatized boys, their arms marked by burns, locked in a closet. The hysterical woman claims she locked them up for their protection and begs Anna not to take them out or they will die.

When Patricia’s sons turn up drowned within hours, the troubled mother is the prime suspect, although she vehemently blames Anna for their deaths. Anna and her children soon begin to hear a woman’s ghostly sobs, to see a nasty presence in their house and to have close encounters of the potentially fatal kind.

Anna realizes her family, like Patricia’s, has become targeted by “La Llorona,” aka “The Weeping Woman,” the relentlessly evil ghost of a 17th-century Mexican mother who drowned her children to get back at her unfaithful husband and has been cursed to wander the world looking for other youngsters to take their place, right through to the fatal dunking.

Unfortunately, learning that they are being stalked by a malevolent apparition with a penchant for drowning kids doesn’t prompt Anna to take any number of basic, commonsense precautions, like draining their huge swimming pool, refusing to let her daughter bathe alone, closing the windows or even flipping on a dang light switch or 10 when she goes investigating spooky noises.

The story picks up considerably when Anna enlists the help of Rafael Olvera (Raymond Cruz), a former priest who is now a “curandero,” or faith healer, who brings a welcome dry wit as well as a bagful of magic tricks to a tense showdown with the wicked spirit.

“The Curse of La Llorona,” which premiered last month at the South by Southwest festival in Austin, Texas, boasts a high-stakes spook story eerily based on real-life folklore and a talented cast willing to go all-in to create the requisite thrills. Although it has its unnerving moments, it’s a shame it doesn’t get more scares out of such a promising setup.