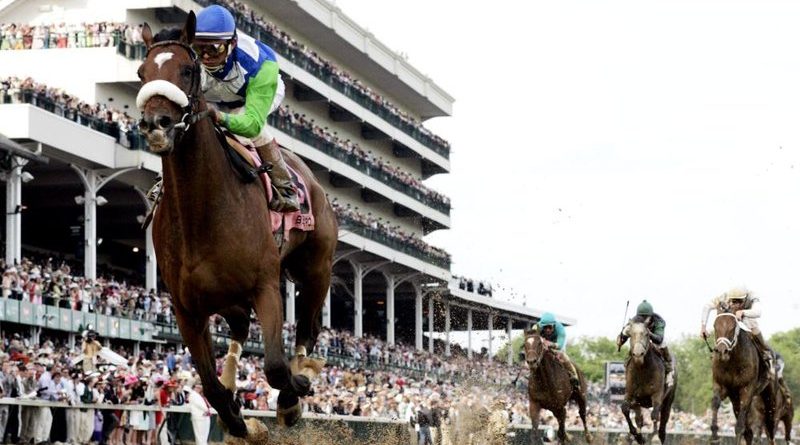 Filmmakers John and Brad Hennegan follow six trainers as they put their amazing and beautiful thoroughbred horses–including the fabulous and tragic Barbaro–through the paces leading up to the Kentucky Derby, the annual race that takes place on the first Saturday of May. Think of this documentary as a cross between the two superb narrative features Seabiscuit and The Horse Whisperer, but this film has the extra excitement of being an entirely true story told with told with actual footage.

The actual footage is from the 132nd Annual Kentucky Derby (2006). With it, The First Saturday in May captures the full rush of the horse race that’s been called “the most exciting two minutes in sports.” But the film’s biggest achievement is its revaluation of behind-the-scenes stories of trainers and their thoroughbreds.

The Hennegans (they’re brothers, and this is their first film) follow six very different trainers who, for the first time in their careers, are in charge of horses that keep winning the stakes races that will qualify them for the Kentucky Derby. You witness their excitement mount as they strive for their chance to compete for the racing world’s holy grail. Continue reading on CINEMA CITIZEN.