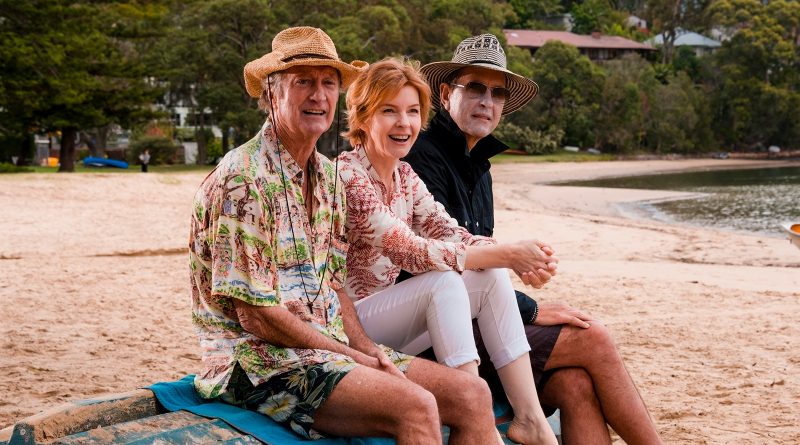 Almost a year ago we reported that legendary Australian cinema actor-turned-director Rachel Ward was to helm her sophomore feature Palm Beach. Excitingly, this film has just been announced as the Opening Night Film for this year’ 66th Sydney Film Festival which runs from 5 – 16 June.

Sydney makes perfect sense as the location for the film’s World Premiere, Palm Beach itself a well-known, picturesque suburb in Sydney’s Northern Beaches region. The film follows a group of old friends who reunite for a birthday party where festivities take a back-seat to more complex aspects of their interpersonal relationships, with repressed tensions and carefully kept secrets threatening to explode.

The ensemble cast includes many heavyweights of Australian and New Zealand cinema, such as Samm Neill, Greta Scacchi, and Jacqueline McKenzie, Ward making it a family affair with the added inclusion of her husband Bryan Brown and daughter Matilda Brown. They are joined by Oscar nominee Richard E. Grant, recently nominated for Best Supporting Actor for his role in Can You Ever Forgive Me?

Despite the big names of many of its male stars, Palm Beach is very much a woman-driven project; directed by Ward and co-written by Ward and acclaimed Australian writer Joanna Murray-Smith, the film boasts a 50% female crew including cinematographer Bonnie Elliott, production designer Melinda Doring, art director Sophie Nash and producer Deborah Balderstone.

A perfect opportunity to both revisit Ward’s earlier work with this timely program and experience the world premiere of her latest film, the 2019 Sydney Film Festival promises to have much on offer for those with an interest in women-driven cinema.

The official synopsis for Palm Beach reads as follows:

In Rachel Ward’s funny, uplifting drama/comedy, a group of lifelong friends reunite for a party at Sydney’s Palm Beach; but tension mounts when deep secrets emerge. With a fantastic cast including Bryan Brown, Sam Neill, Richard E. Grant, Greta Scacchi, Jacqueline McKenzie and Heather Mitchell, Palm Beach raises universal issues through the prism of friendship. To mark his birthday, Frank (Brown) and Charlotte (Scacchi) decide to throw a three-day party at their luxurious house in Palm Beach, welcoming their closest friends. Frank, Leo (Neill) and Billy (E. Grant) were once involved in a band together; The Pacific Sideburns had one hit but little beyond that. Rounding out the guest list: Billy’s partner, beautiful actress Eva (Mitchell); Leo’s wife Bridget (McKenzie) and his step daughter Caitlin (Frances Berry); the hosts’ children Dan and Ella (Charlie Vickers and Matilda Brown); and Holly (Claire van der Boom), the daughter of the band’s late lead singer, who’s brought along her new sheep farmer beau (Aaron Jeffery). The party starts well, with mouth-watering food and flowing champagne, but it doesn’t take long for new and old resentments to emerge and, more seriously, the threat of an old secret coming to light. With witty dialogue, a breathtaking location and great actors at the top of their game, Palm Beach is an exuberant and life-affirming celebration of friendship.