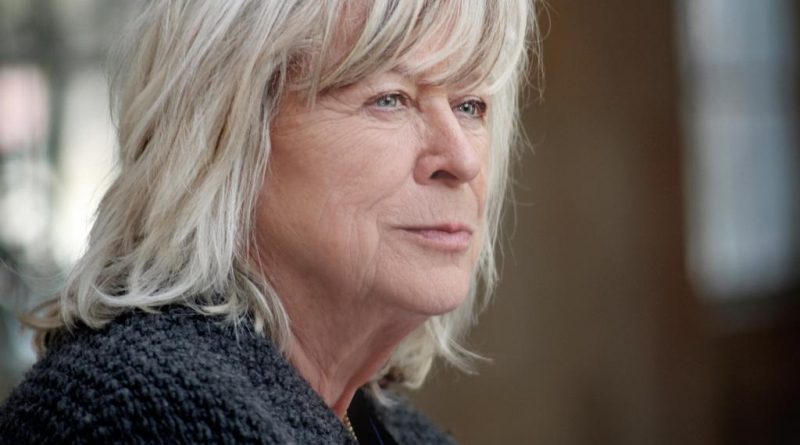 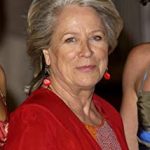 After 50 years of fearless determination as a director working largely in the German film industry, Margarethe von Trotta is set to receive a lifetime achievement honor on May 3 at the 2019 German Film Awards in Berlin. In announcing the decision to recognize her, Ulrich Matthes, president of the German Film Academy said, “In a time when women were rarely allowed to direct, Margarethe von Trotta said, ‘I can do that! In all these years she’s given us some of the most intense female figures in German cinema.” 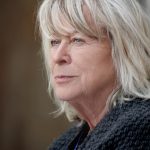 Correction: In all of cinema. Few filmmakers anywhere in the world have made as many brilliant films that center on the dilemmas, complexities, and achievements of women as has Margarethe von Trotta. Von Trotta has examined the personal-as-political lives of a vast array of women across the 26 feature films she has directed or co-directed, including a maid who sleeps with the wrong man, a nun who defies the male authority of the church, and a controversial Jewish writer and philosopher.

Awake to the Possibilities of Cinema

Margarethe von Trotta was born in Berlin in 1942, and came of age during the political and social upheavals of the 1960s. She was interested in studying art and went to Paris, where the course of her life would change. She said, “Cinema for me was entertainment, but it was not art. When I came to Paris, I saw several films of Ingmar Bergman, and all of the sudden I understood what cinema could be. I saw the films of Alfred Hitchcock and the French Nouvelle Vague. I stood there and said, ‘That is what I’d like to do with my life.’”

At the time, opportunities for women to direct were nonexistent in Germany, so von Trotta embarked on an acting career, appearing in 24 films and television shows, including some directed by Rainer Werner Fassbinder and Volker Schlöndorff. She started her career as a director by co-directing The Lost Honor of Katharina Blum (1975) with Schlöndorff, whom she married in 1971 and divorced in 1991. 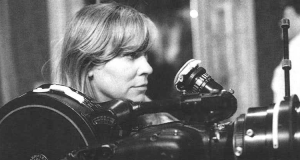 Katharina Blum, from a fact-based novel by Heinrich Böll, chronicles the story of a maid whose character is assassinated in the popular press because she had the misfortune to sleep with a suspected terrorist. The extreme measures then in force in West Germany to root out leftist radicals and their effect on private life resonated with von Trotta. 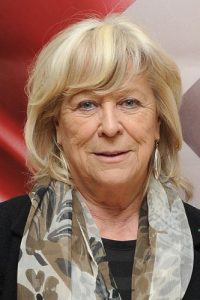 Von Trotta has made films straight out of her imagination, such as her Sisters, or the Balance of Happiness (1979), an examination of the close, yet fraught relationship of two sisters with different personalities and ambitions. “I intuited that I had a sister whom I knew nothing about until that point,” von Trotta said about how she came to write and make the film.

Yet, she is best known for her fact-based films, particularly her biopics of well-known German women: Hildegard von Bingen, a Benedictine nun renowned as a writer, visionary, and composer; Marxist activist Rosa Luxemburg; and philosopher and writer Hannah Arendt.

Rosa Luxemburg (1986), starring her favorite actress, Barbara Sukowa, provided von Trotta with an opportunity to examine a figure who, as a Bolshevik, would have been loathed by her family: “My mother and her family, as Baltic aristocrats, were expelled from Moscow by the very revolution Rosa enthusiastically supported. They became stateless and homeless as a result.” Von Trotta, however, doesn’t take sides in her movie, nor does she sacrifice the private Rosa for the public rabble rouser: “If you don’t attempt to recognize, to see yourself reflected in him or her, to struggle to achieve an intimacy of sorts with someone who started off as a stranger to you, ultimately, your viewers won’t be able to sympathize with this person either.”

Vision (2009) looks at St. Hildegard von Bingen, brought to the Benedictines as a child in the 11th century, who grows up to win renown for her visions, allowing her to defy the male authorities of her time. Hildegard’s accomplishments were many, including being one of the best-known composers of the Middle Ages, as well as the founder of scientific natural history in Germany. “Yet merely exploring a person at the intellectual level isn’t enough for me,” von Trotta said, and her Hildegard—again portrayed by Barbara Sukowa—is both entirely devout and wholeheartedly attached to her earthly love of her fellow sisters and worldly pursuits. Von Trotta said ruefully that “It took Hildegard von Bingen almost 1,000 years to be canonized,” inferring that sexism and the saint’s “masculine” assertion are to blame.

Von Trotta made Hannah Arendt (2012) with some trepidation. Arendt was a prodigious thinker and writer, but she was very reticent about her private life, which included an affair with the famed philosopher Martin Heidegger when she was his student. “You can’t portray someone without their other side,” said von Trotta, “Even Hannah Arendt … had moments of unhappiness and deep depression. That’s human, and you have to show it.” Aided again by the artistry of Sukowa, Arendt’s fierce intelligence, compassion, and emotional complexity shine through.

A Filmmaker for Our Times

Catharine Des Forges of the UK’s Independent Cinema Office makes the case for von Trotta’s significance: “Her films are so resonant for the times we live in now—the politics of domestic life; of terror; of history; of the role of the media, all refracted through a resolutely feminist lens.” Von Trotta accepts the feminist label somewhat reluctantly because she sincerely hopes to get beyond the male/female divide. As long as that divide exists, however, she asserts that she is and will remain a feminist. 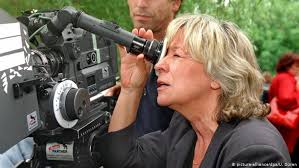 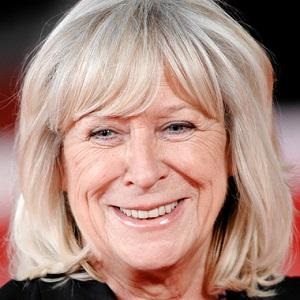 Margarethe von Trotta established herself in German cinema at a time when it was completely dominated by men and stuck to her vision centered mainly on the lives and fortunes of women. The first female director to win the Golden Lion at the Venice Film Festival in 1981, von Trotta has garnered numerous film awards, including the Adorno Prize in 2018 that recognizes her life’s achievements and her status as a public figure who has energized political thought with her films. Her fearless examination of the German society from which she sprang and the ways that personal and political concerns intersect and move society are timely and, at the same time, timeless, ensuring that her stories will resonate far into the future.