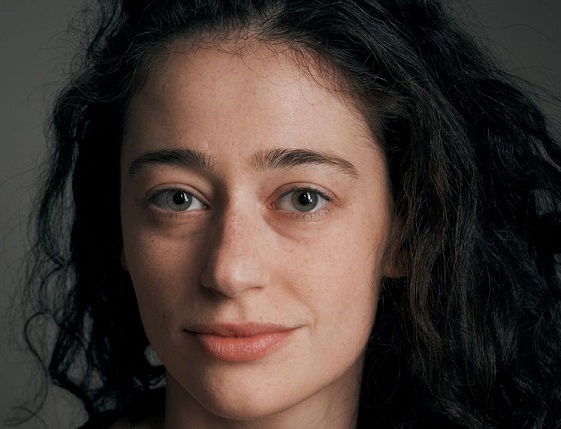 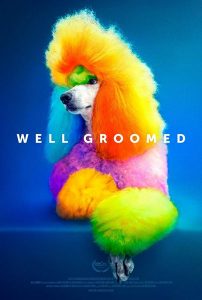 Stern is based in Brooklyn and has previously produced films including Tre Maison Dasan and “Netizens. She also served as the production coordinator for the Academy Award-nominated and Emmy-winning documentary Cartel Land as was on staff at Picture Motion, a leading film impact firm.

BETSY BOZDECH: What drew you to the subject of dog grooming?

REBECCA STERN: I love dogs, so that’s like a base minimum. And I was looking for a way to kind of combine that with my love of documentary film. I had just started working in documentary film when I started this. So I made a short film first and then went into making features in about four and a half years. I was exploring documentaries, and I wanted to make something that I could relate to and that might be a little bit of an easier lift — which this ended up not being! I ended up going all across the country and almost all around the world making this film. I thought I’d just stay in New York City.

RS: I want people to see it. I’d love people to just watch it on Friday nights and enjoy. I think that it’s a good entry level documentary, you know? If people aren’t sure about watching documentaries and they don’t have a lot of time in their lives and, you know, maybe they are looking for something that picks them up, I think that Well Groomed really, really fits the bill.

BB: Is it kid friendly?

RS: It’s very kid friendly. We’ve had a lot of kid audiences like down to 8 to 7. Anyone that can sit in the theater.

BB: What do you think are some of the hurdles that female filmmakers need to overcome?

RS: Oh my God. How much time do we have? You know, it’s financing and being taken seriously. The biggest hurdle in making any film is financing. So you want to be able to walk into a room and immediately be able to talk about what you’re there to talk about. And sometimes that just takes a little bit longer. And then there’s being able to tell the stories you actually want to be able to tell once you get that financing secure and being able to continue having control over your narrative and the way that it’s being told. So it’s every step, but it is getting better.

BB: Do you think that female directors approach projects differently than men do?

RS: Yeah. I think that everyone brings their own perspective to a story that they tell. I don’t think that you need to be a certain person in order to tell a certain story, necessarily, but you’re always going to bring yourself into it. It’s kind of like how dogs match people who own them. Films also match the directors who make them, and so you just have to be able to have as many perspectives as possible.

BB: Do you read female film critics? If so, how do you think their perspectives differ from male critics?

RS: I read film criticism, but it tends to be what comes up. I guess maybe I don’t know where to look.

RS: Well, then I’m going to start looking there! Now I’ve learned something.

BB: Do you have a favorite female filmmaker — besides yourself?

RS: Oh, man. Greta Gerwig is, like, a love of mine. I grew up in Sacramento. I watched Lady Bird, and it was, like, exactly my experience growing up. How did she do that?

BB: Can you think of any women or group of women who should have their story told onscreen who haven’t yet?

RS: I would tell you, but then I might give away my next project, so I’m not going to.

BB: And do you have any favorite characters in movies or TV who are great role models for young women?

RS: Yes. I’m trying to think about exactly what I want to say. The show is fraught now, but I just love Claire Underwood. And Game of Thrones is top of mind, of course. I just love watching women with power who are using it smartly. Anytime that I get an opportunity to do that, I’m more likely to tune into any show. And Veep — I mean, let’s be real. I’m an HBO junkie. They have so many great shows, and their documentary slate is amazing.

BB: Any films you can think of that are thought of as feminist but aren’t?

RS: I feel like any film that doesn’t pass the Bechdel Test is not a feminist film. So you really have to look and think about that one. The thing that I’ve been getting most frustrated with is the idea that these superhero movies that are, like, “This one is the first female superhero!” But there’s been so many additional ones — why can’t we just recognize that these things build, and then start building on them, as opposed to just celebrating firsts of everything. Firsts are great, and there should be more of them. But at the same time, should just recognize a swell. And I also think that some of those superhero movies don’t pass the Bechdel Test. So that’s a problem. Wonder Woman is a big one — I think it barely does. I loved the film, I really enjoyed it, but it’s like, okay, well, they just slipped by there.

BB: Do you think that there’s a change in anything post “MeToo”?

RS: I do think that there is a change. I’m a director and creative producer in New York. I work full time there, and I make a point to talk about it — maybe to the chagrin of some of my colleagues, mostly just because I talk about it ad nauseum. But, you know, you’re allowed to talk about it now. So that’s a good thing. And I always push for as much parity as I can have. All of my cast are women, my editor’s a woman, I directed the film. And I think that walking into a room, it’s celebrated, as opposed to questioned, which is a nice thing. There’s still a lot more to change, though. I mean, I think that allowing for a conversation is a great first step and one that should be celebrated, but changing the conversation into action is kind of the next one. And we’ll just see whether or not that comes through.

BB: That wraps it up beautifully. Thank you so much!