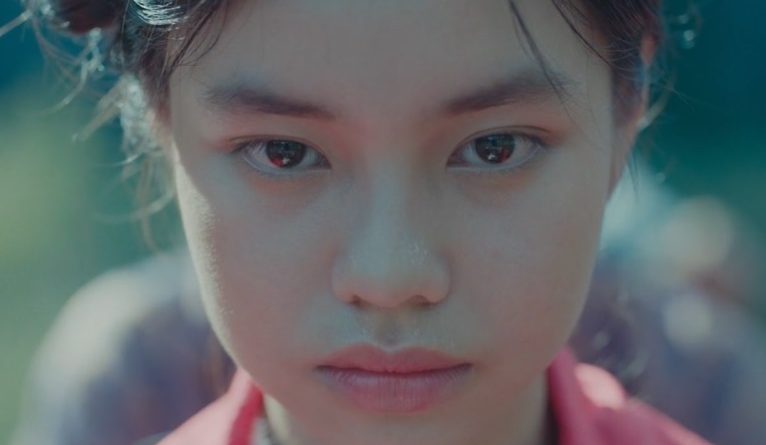 Filmmaker Ash Mayfair’s full-length directorial debut The Third Wife plays out like a tone poem, a portrait of female identity, sexuality, and responsibility in 19th century rural Vietnam. The bamboo groves and floating lotus flowers are lush, the familial relationships between husbands, wives, and children are multifaceted, and there is a simultaneous sense of sensuality and tragedy throughout The Third Wife. A moment of happiness could easily transform into a moment of despair.

The film begins with the arrival of 14-year-old May (Nguyen Phuong Tra My), who travels upon a placid river and below rising cliffsides to the familial compound populated by the wealthy Hung (Long Le Vu). Rosy-cheeked and wide-eyed May is Hung’s third wife behind the eldest and first wife, Ha (Tran Nu Yên-Khê), who provided Hung with a now-teenage son, and his second wife, Xuan (Mai Thu Huong Maya), who has birthed him two young daughters. Hopeful for another son, Hung marries May, who is far closer to Xuan’s son in age than to her husband himself.

If May can gave Hung a son, she will raise in esteem in the family; until then, she is the lowest on the wives’ totem pole, calling the other wives “Mistress” and helping take care of Xuan’s two daughters. There is much to see in Hung’s land, which sprawls across a farming area and into forests and rivers farther away from the main homestead, and May, initially keeping to herself, wanders through it all during the day, splitting her time between doing chores and becoming acclimated. But at night, her time is always Hung’s, as he smokes his pipe, is sexually active with all of his wives, and prioritizes his desire over the satisfaction of Ha, Xuan, or May.

The gender hierarchy at this time and in this place is strict—one of Xuan’s daughters is particularly frustrated with how differently she is treated from her older half-brother—and so the wives develop their own relationships and friendships with each other. As the first wife, Ha is the lady of the house, with a strong grip of the servants and an understanding of what needs to be done to keep the place running smoothly. Xuan is looser with her confidence; it is with a laugh and a guiding hand that she explains to May how to discover herself sexually and how to please their husband. And May tiptoes around the home, almost like a voyeur—watching Hung with the other women and realizing that Xuan in particular has other interests than simply being a wife.

What does May feel when she gazes upon Xuan? As The Third Wife uncovers May’s sexuality, the film itself transforms, too, spending more time in the Vietnamese countryside, expanding its focus from the home to the natural world around it, to using symbols like flowing water, blooming nightshade, and feasting silkworms to represent the women’s fertility and frustration. Cinematographer Chananun Chotrungroj infuses certain images with eroticism and others with sadness: an egg yolk sliding down May’s body on her wedding night evokes a full moon; a pair of lovers writhe amid verdant growth, their bodies glowing during their secret cavorting; women purposefully mimic poses of death when they are presented with personal tragedy.

“Fate has the upper hand,” Xuan says to May of their lives, and The Third Wife spends its time considering the hidden depths of these women not only as defined by their individual wants but also by what society dictates upon them. Ha’s prestige as the first wife, and her shame that she has not yet again conceived. Xuan’s fear that she will never provide Hung with a son. May’s realization that her entire life will be tied to whatever child she does or does not birth. The tight bonds of wifehood and motherhood grasp them all, and yet Ash Mayfair’s final images are those of defiance. The lingering shot at the film’s end defines The Third Wife as a picturesque exploration of not only women’s subjugation but their desperate attempts at resistance.