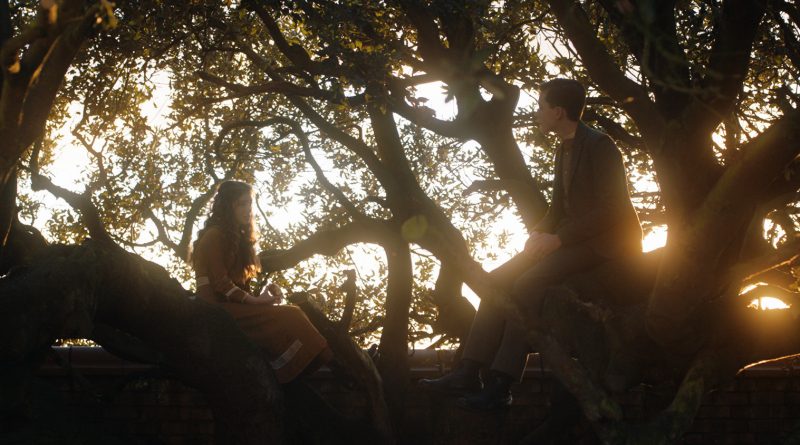 Imagine if someone tried to take the thick appendices at the end of “The Lord of the Rings” and turn them into a movie without ever organizing them into a proper story.

The result might be similar to Finnish director Dome Karukoski’s new biopic “Tolkien,” about the British author who penned “The Hobbit” and “The Lord of the Rings,” among the most beloved and influential fantasy titles ever written.

Although the almost two-hour run time feels too long, the repetitive film also reveals too little about J.R.R. Tolkien (Nicholas Hoult). It omits some intriguing details about the origins of his stories, runs others into the ground and leaves tantalizing topics like his relationship with fellow author C.S. Lewis unexplored.

Screenwriters David Gleeson and Stephen Beresford focus on Tolkien’s formative years, but they plop the viewer into the middle of his tragic childhood, as he and his brother are moved by their widowed mother Mabel (Laura Donnelly), an inspiring storyteller, and their priest, Father Francis (Colm Meaney), their stern but kind benefactor, from the bucolic countryside to the industrial city of Birmingham, where Mabel soon dies, leaving her sons orphans. The film never reveals what happened to their father, and only rarely bothers to check in with Tolkien’s brother.

Taken in by a wealthy patron, Mrs. Faulkner (Pam Ferris), John Ronald, as the future author is called, enters King Edward’s School, where he befriends a trio of fellow aspiring creatives who believe they can change the world through art: Robert Gilson (Patrick Gibson), a painter, Geoffrey Bache Smith (Anthony Boyle), a poet, and Christopher Wiseman (Tom Glynn-Carney), a composer. He also falls in love with ethereal pianist Edith Bratt (Lily Collins), another orphan living in Mrs. Faulkner’s house.

The film uses nonlinear storytelling to break free of the stately confines of the historical biopic, with some success. Despite the solid performances, the narrative becomes a bit tattered as it flips from Tolkien’s discussions and adventures with his friends and his challenging courtship of Edith to his study at Oxford under fellow language enthusiast Professor Wright (Derek Jacobi) and his hellish experiences in the trenches of World War I.

Karukoski occasionally taps directly into the magic of Tolkien’s engrossing stories: when Edith dances with the grace of an elvish princess under an expansive tree, in the ring wraiths emerging out of the smoke of guns and the clouds of poison gas in the trenches, as a fever-addled Tolkien embarks on a Frodo Baggins-like quest, accompanied by loyal Pvt. Sam Hodges (Craig Roberts), to find one of his missing friends in the midst of WWI’s Battle of the Somme.

Although it boasts a love of beauty and art, “Tolkien” leaves too much of the magic inherent in its subject untapped.