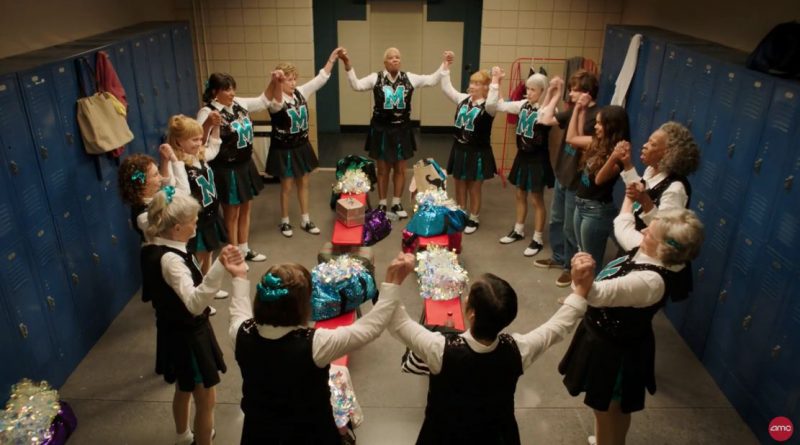 Apparently based on a true story, this is a gentle dramedy, aimed at the AARP demographic, about making the most of the time you have left.

After a diagnosis of terminal cancer, Martha (Diane Keaton) is determined to quit chemotherapy and leave New York City. She’s sold most of her possessions, loaded the rest into her car, and is driving south to spend her remaining months in Sun Springs, a spacious retirement village in Georgia.

Sheryl retorts: “You’re dying today. You will be dying next week. In between, you should be dancing your ass off!”

Exasperated by Sun Springs’ arbitrary rules and regulations, Martha recalls a youthful dream by starting a Cheerleading Club, much to the consternation of prissy, power-hungry Vicki (Celia Weston).

Plus there’s Chloe (Alisha Boe), the teenager they recruit to coach them. Think age-defying Golden Girls meets Bring it On.

Too bad Shane Atkinson’s contrived script is blandly bittersweet and so one-dimensional that none of the characters have significant backstories. That shallowness obviously hinders the pacing by British documentary director Zara Hayes, who shares story credit and is tackling her first fictional feature.

Issues of ageism, self-image and empowerment are only briefly touched on.

On the Granger Movie Gauge of 1 to 10, Poms is a simplistic, yet spirited 7 – thanks to Diane Keaton.