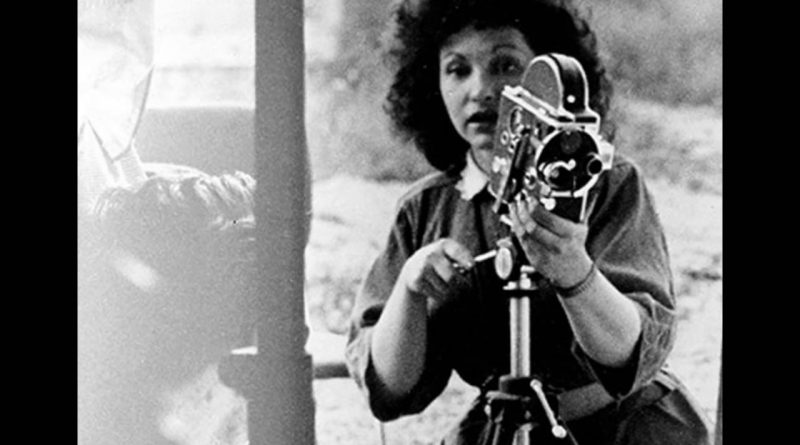 Ukrainian-born polymath Maya Deren is one of the most significant and original artists to emerge from the mid-20th century avant garde. While her remarkable talents span writing, photography and dance, it is as a filmmaker that Deren’s iconic status largely stems, her most famous film Meshes of the Afternoon from 1943 losing nothing of its impact or breathtaking effect over 75 years later.

In a rare treat for Australian audiences, Thurston Moore – co-founder, guitarist and sometime-vocalist of legendary US rock band Sonic Youth – has just been announced as a guest of the 2019 Melbourne International FIlm Festival. On 2 August, Moore will perform live his scores to four of Deren’s films, the haunting Meshes of the Afternoon, At Land (1944), Ritual in Transfigured Time (1946) and a new score for her famously unfinished short The Witch’s Cradle.

The event marks a coup for newly appointed MIFF Artistic Director Al Cossar, whose tireless association with the festival saw him step up to the role after the departure of Michelle Carey after her impressive decade-long stint. While Carey’s were big shoes to fill, with events such as this, Cossar is already demonstrating his own strong, impressive vision. The combination of Moore and Deren is a shrewd one; Moore himself is a key figure in a different kind of American experimental tradition, with Sonic Youth one of the most enduring and internationally famous products of New York’s experimental No Wave music scene that spanned not just music but also art and, of course, cinema itself with filmmakers such as Vivienne Dick, Jim Jarmusch, and Beth B.


Moore himself is clearly aware of this legacy, calling Deren nothing less than “an avant-garde godmother [whose]…mysterious images have burned into my consciousness like fiery, exotic dreams we are not supposed to talk about;”. Likewise, Cossar notes that Moore himself is “someone who has rattled our senses and redefined the possibilities of music over the last 40 years”. As an added bonus, Moore will also be the subject of a public in-conversation event at the Wheeler Centre on 3 August with Jacinta Parsons where he will discuss his broader career and highlight his status as one of the most influential figures of the No Wave movement.

While the Deren/Moore collaboration is already a highlight of a festival whose full program is not announced until 9 July, it is joined by equally impressive live music/cinema events such as the previously announced (and almost instantly sold out) live collaboration of Nick Cave and Warren Ellis with the Melbourne Symphony Orchestra to perform a selection from their many film scores together, including John Hilcoat’s The Proposition, David Mackenzie’s Hell or High Water, and Andrew Dominik’s The Assassination of Jesse James by the Coward Robert Ford.

Excitingly, however, the live music and film crossover does not end there: Zambian-born Australian neo-soul performer Sampa the Great will be performing her live score to Céline Sciamma’s extraordinary 2014 film Girlhood on 3 August as part of MIFF’s Hear My Eyes event. The winner of the 2017 Australian Music Prize, Sampa the Great will return to MIFF to perform after playing the world-famous Glastonbury Festival in June.

For more information on these events, visit miff.com.au