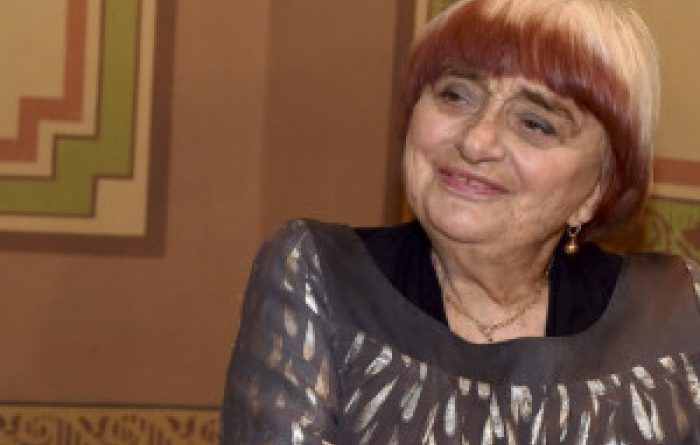 Curated by the Australian Centre for the Moving Image’s Director of Film Programs Kristy Matheson – herself a notable figure in her own right on the national scene – the “Viva Varda” program is both a handy ‘beginners guide’ for those lucky enough to be discovering Varda’s work for the first time, while simultaneously an energetic journey back through some of her most cherished movies for those already familiar with her extensive and unique creative output.

Born in Belgium in 1928, Varda’s work famously encompassed photography, filmmaking and visual art. A foundational figure of the French New Wave, both Varda’s work and her beloved public persona were fearlessly and explicitly feminist in their outlook, communicated through her often highly experimental approach to narrative, time and film style.

Frequently concerned with the stories of those excluded by mainstream society, Varda’s films were often unambiguous with their political intent, yet consistently marked by her own subjective presence, be it in front of the camera or through her strong authorial signature. The importance of Varda’s work was formally marked through a near-endless parade of awards and prizes, amongst which include receiving a Lifetime Achievement Award from the European Film Academy, a Carosse d’Or and an honorary Palme d’Or at the Cannes Film Festival, a Golden Lion, a René Clair Award, a César Award, a Leopard of Honour from the Locarno Film Festival, an Honorary Academy Award, and was made both a Grand Officer (and later, Grand Cross) of the National Order of Merit of France, and a Commandeurs of the Légion d’honneur.

To frame the “Viva Varda” retrospective, on June 8 Matheson will host an hour-long discussion of Varda’s impact in the event “An Audience Guide to Varda.” Doubtless to be highlighted here is Varda’s signature blend of factual and fictional storytelling forms, her understanding of the power of the moving image and art more generally, and the contagious energy that drove her work, inspiring legions of creatives around the world of all ages and reminding us just how powerful, moving and joyful the output of this proudly self-identifying feminist artist truly was.

Amongst the films included on the program are the feature films:

The following shorts are also included in the program:

Coinciding with the “Viva Varda” program is her final film Varda by Agnès (2019), first shown only weeks before her death. Complimenting Matheson’s beautifully curated retrospective, this autobiographical reflection on her life and work – and its intrinsic intersection – Varda by Agnès is a jubilant finale to an extraordinary career as she effectively takes the audience by the hand and walks them through the moving image photo album of her life. Pulling all the threads of this unmissable retrospective together, Varda by Agnès perfectly encapsulates the old feminist adage that yes, the personal is the political.