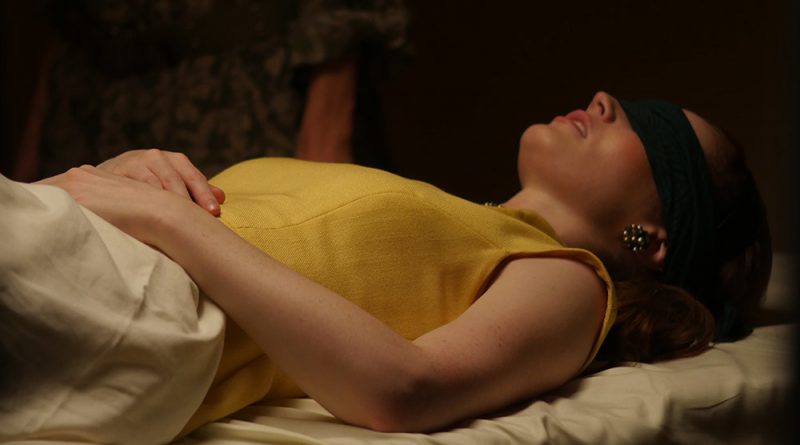 The recreation in Ask For Jane of a not-so-distant past in the US, when abortion was illegal and women risked literally everything to terminate pregnancies, would be compelling and important at any time. That this film, the debut feature from Rachel Carey, is out now when, day-by-day, states are passing laws that outlaw abortion and Roe v. Wade is in jeopardy, makes it especially devastating.

Covering some of the same ground as the 1996 HBO film If These Walls Could Talk, Carey’s film makes personal what it was like to live in the late ‘60s and early ‘70s when women were forced to resort to underground, usually dangerous measures to end a pregnancy often without support from anyone including their doctors.

Ask For Jane is based on the real-life Jane Collective which operated from 1969 to 1973 after a student at the University of Chicago simply began to secretly help her peers with the names of reputable doctors who would do abortions. The service grew into an underground network with these young volunteers providing counseling, financial help for the often exorbitant costs, and information about legitimate abortion doctors, all at the risk of imprisonment.

Ask For Jane is very effective at placing this struggle within the context of the late ‘60s and early ‘70s. Women were routinely chided for their promiscuity if they were single; for carelessness if they were not. Yet, birth control was not readily available to single women, let alone girls. Doctors were almost always men, and they spoke to husbands about a woman’s medical condition even if she was right in the room. Even a sympathetic doctor willing to provide a safe abortion was often patronizing at best; mercenary at worst.

The group of young women at the heart of the film are a cross-section of the mostly young women who began to embrace women’s liberation and to see reproductive rights as central to it. As their commitment and their activism deepens, out of necessity and out of personal experience, they grow as characters. So does the viewer’s investment in each one of them. Ask For Jane depicts an important chapter in history and reminds us why women risked so much to help one another at a very dark and dangerous time. Everyone needs to see this film; now, more than ever.