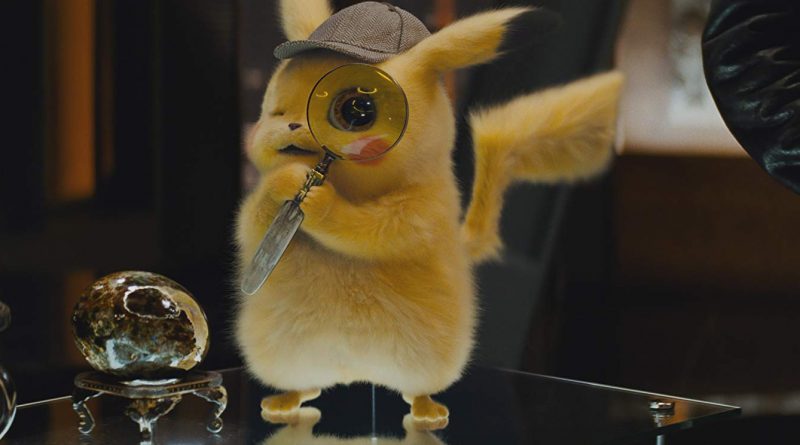 For the uninitiated, Pokemon is a video game created by Satoshi Tajiri, who wanted to give Japanese children a sense of adventure in nature. Pocket Monsters/Pokemon are fictional animals that have special skills, such as psychic powers, electric shocks or sleep-inducing songs.

First, there were trading cards, then a cartoon. Soon Pokemon became a global phenomenon, as players were able to simulate the experience of catching the powered-up Pocket Monsters in the real world.

Taking many of its plot points from the 2016 Nintendo game, this story is set in Ryme City, a wondrous, experimental world in which humans and CGI Pokemon live in relative harmony.

Insurance appraiser Tim Goodman (Justice Smith) is the son of Harry, a Ryme City private investigator, who is believed to have died in a fiery car crash but his body was never found.

Arriving in the neon-drenched metropolis, Tim finds his dad’s former partner, a cuddly, coffee-guzzling, yellow Pikachu (voiced by Ryan Reynolds), who suffers from amnesia and whose snarky, smart-alecky voice only Tim can hear.

Is the culprit Mewtwo, a beastie created by gene-splicing and DNA engineering to be the ultimate fighting machine? Or does the mystery go deeper?

Plus, there are 807 Pokemon, including adorable Psyduck, an excitable quacker who induces headaches; Jigglyouff, the diva chanteuse; Cubone, wearing the Goth-like skull of his dead mother; and Charizard, who spurts fiery dragon breath.

On the Granger Movie Gauge of 1 to 10, Detective Pikachu is a spirited 6, a frantic fantasy-adventure aimed at millennials who are well acquainted with the cast of characters.