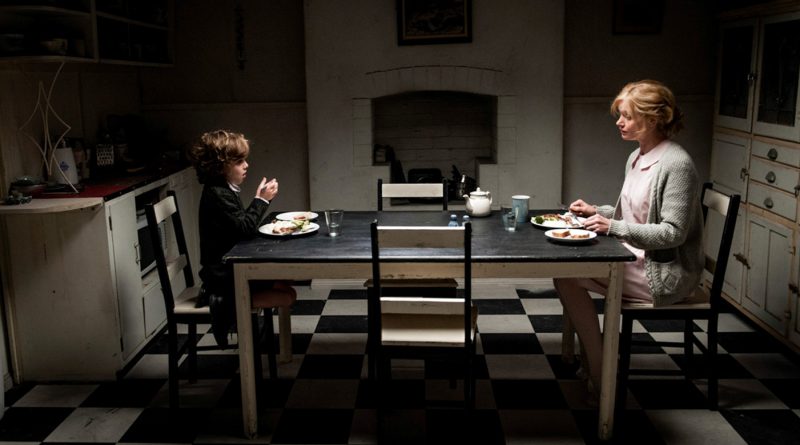 In recent years, the global rise of interest in women’s filmmaking and its broadly neglected histories has found shape in in Australia through a steady series of film festival events focused on the work of women directors including the Melbourne International Film Festival, the Queensland Film Festival, and smaller, more focused niche festivals such as the Melbourne Women in Film Festival. This year’s 2019 Sydney Film Festival (running from 5-16 June) reveals that this momentum shows no signs of slowing down.

Showcasing Australian women’s filmmaking in a dedicated programming strand is not new terrain for the Sydney Film Festival, who in 2017 featured the ground-breaking ‘Feminism & Film’ program. Its curator, Susan Charlton, focused specifically on women filmmakers from the city working during the 1970s and 80s, driven by the feminist movement that swept the country more broadly during this period.

At a time when the government-funded Women’s Film Fund was granting women filmmakers opportunities that they had seen neither before – nor arguably since – this program included foundational films by Australian women including We Aim to Please (Robin Laurie and Margot Nash, 1976), For Love or Money: A History of Women and Work in Australia (Megan McMurchy, Margo Nash, Margot Oliver and Jeni Thornley, 1983), My Survival as an Aboriginal (Essie Coffey, 1979), Two Laws (The Borroloola Tribal Council with Carolyn Strachan and Alesandro Cavadini, 1981), Behind Closed Doors (Sarah Gibson and Sarah Lambert, 1980), Serious Undertakings (Helen Grace and Erika Addis, 1982), A Song for Ceylon (Laleen Jayamanne, 1985) and Film For Discussion (Sydney Women’s Film Group, 1974).

While much of this earlier 2017 program underscored the essential role of collaboration and film collectives in women’s film production in Sydney specifically during this period, programs such as MIFF’s ‘Pioneering Women’ and the Sydney Film Festival’s forthcoming ‘Essential Australian Women Directors’ strand have turned their attention towards individual filmmakers in a national context.

Spanning 1930-2013, the ten films that make up the ‘Essential Australian Women Directors’ strand have been selected by stalwart Australian film critic David Stratton, providing amongst other things a revealing snapshot of Australia’s fascinating stop-and-start film history. It offers an eye-opening perspective into women’s donation into the country’s earlier film production, particularly with the inclusion of the McDonagh sisters’ The Cheaters from 1930. Although unknown even to many Australians, the country excelled in cinema production during the silent era, with Charles Tait’s 1906 film The Story of the Kelly Gang at the time of its release being the longest running feature made anywhere in the world. Yet aside from a few significant highlights in between, Australian national cinema was virtually invisible until the explosion of local film production in the 1970s in what is now collectively identified as the Australian New Wave, marked by predominantly male-directed films such as Picnic at Hanging Rock (1975), Caddie (1976) and The Chant of Jimmie Blacksmith (1978).

Crucially, the ‘Essential Australian Women Directors’ strand moves away from this orthodox vision of Australian film history as almost totally masculine terrain. It celebrates the hugely significant work of many key Australian women filmmakers, some of whom will no doubt be new discoveries for many of the festival’s audience.

The ten films are:

Accompanying what in most cases is the rare opportunity to see these films on the big screen, the Sydney Film Festival’s commitment to women’s filmmaking continues across other program strands, including ‘Europe! Voices of Women in Film’ and ‘Viva Varda’. Other woman-directed essentials at the festival this year include its opening night film – the world premiere of Rachel Ward’s Palm Beach with Greta Scacchi, Bryan Brown, Sam Neill and Richard E. Grant – and Jennifer Kent’s award-winning follow-up to The Babadook, The Nightingale.