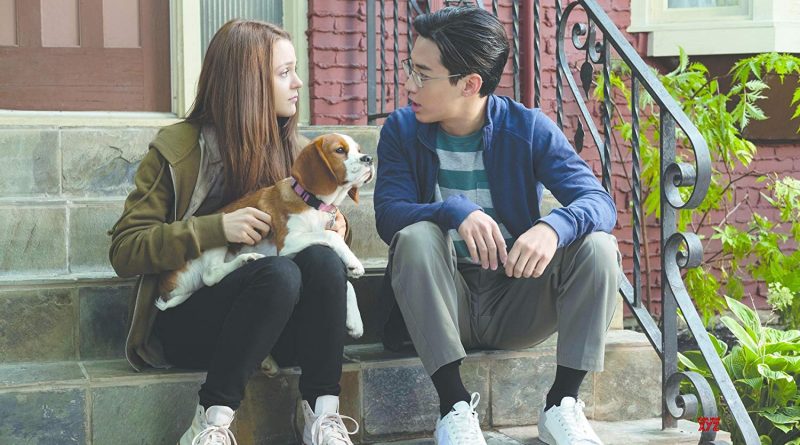 Beginning where Lasse Halstrom’s A Dog’s Purpose (2017) left off, this syrupy sequel follows a Buddhist philosophy, imagining that a dying dog’s life-force reawakens in the body of another canine.

Since their son was killed in a car accident one month before C.J. was born, their widowed daughter-in-law Gloria (Betty Gilpin) is drinking far too much wine. When familial tensions erupt, angry Gloria takes C.J. and moves to Chicago to pursue a singing career.

As time passes, now-grown CJ (Kathryn Prescott) is bereft when her abusive ex-boyfriend (Jake Monley) kills Molly, who can sniff out cancer. During a brief period, Baily is reborn as Big Dog, a mastiff.

Eventually, C.J. and Trent (Henry Lau), along with Bailey-re-embodied-again as Max, a feisty Yorkshire terrier, wind up in New York City.

Dog thespians: Bailey was played by three lookalike dogs, but primarily Odin, who impressed Mancuso by lifting his head for a final, soulful look into Quaid’s eyes before he faded. Molly was played by two Beagliers (a beagle crossed with a Cavalier King Charles Spaniel). Max was played by four Biewer terriers.

On the Granger Movie Gauge of 1 to 10, A Dog’s Journey is a shamelessly sentimental 6, chronicling canine reincarnation