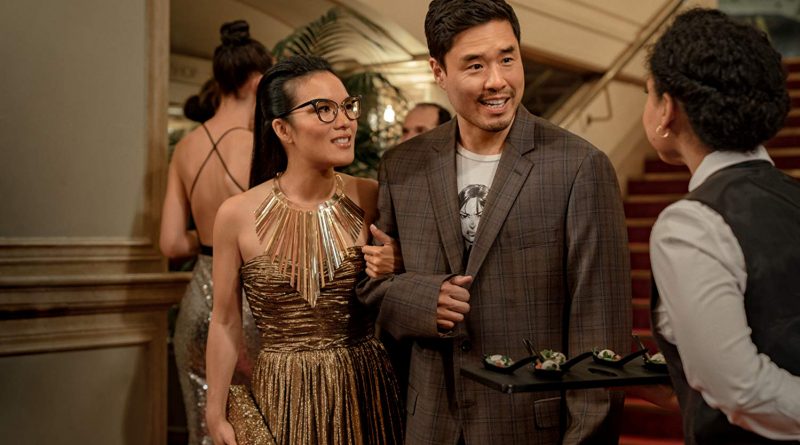 Netflix’s new Rom-com, Always Be My Maybe, is a refreshing love story smartly directed by Nahnatchka Khan in her feature debut, starring the charming Ali Wong and Randall Park as childhood sweethearts who part ways after a spat then bump into each other 15 years later. Wong and Park deliver sparkling performances as Sasha and Marcus who now live in vastly different worlds and share little in common — or so they think.

Marcus still lives at home, has a predictable blue collar job working for his dad, and fronts a struggling street band that’s never had much success. Sasha has evolved into a renowned celebrity chef with a string of highly successful upscale restaurants and enjoys moving in the high-value social circles her business demands. She’s an ambitious risk taker who has strayed far from her roots, while Marcus is afraid to leave the nest and take his life to the next level.

Both characters sense something important is missing in their lives, feel uncomfortable in each other’s company, and are caught off guard by the spark that ignites when they find each other again.

The terrific supporting cast includes James Saito, Daniel Dae Kim, Vivian Bang and Michelle Buteau, and a hilarious cameo by Keanu Reeves. Co-written by Park, Wong and Michael Golamco, the cleverly constructed script sidesteps some of the usual character stereotypes and features some highly entertaining and unexpected twists on the classic genre. The solid story and direction, the convincing cast chemistry, and strong contributions by DP Tim Suhrstedt, editor Lee Haxall and costume designer Leesa Evans make this a must see movie that delivers.