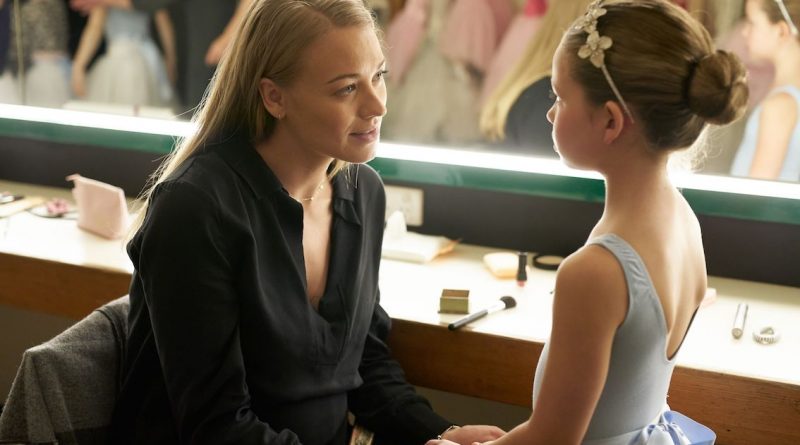 The Melbourne International Film Festival has just released first glance highlights from this year’s forthcoming festival that will run from 1 – 18 August. Amongst the many local and international premieres is the announcement that the festival will screen the world premiere of Australian filmmaker Kim Farrant’s sophomore feature Angel of Mine. The follow-up to her Nicole Kidman-fronted debut feature Strangerland (2015), Angel of Mine stars Noomi Rapace (The Girl with the Dragon Tattoo) and is a psychological thriller adapted from Safy Nebbou’s 2008 French film The Mark of an Angel.

Set and filmed entirely in Melbourne, this Australian production is international in its scope and co-stars both familiar Australian actors such as Yvonne Strahovski (The Handmaid’s Tale) alongside foreign talent including Welsh actor Luke Evans (Beauty and the Beast).

With a screenplay written by Luke Davies (Lion), Nebbou’s original film follows a woman experiencing a challenging divorce. While it is as yet unclear how loyal Davies script and Farrant’s vision of the reimagining of The Mark of an Angel will be, the source material certainly shares similarities with both the original French film and Farrant’s Strangerland, which also focuses heavily on the often-dark maternal emotions of its central woman protagonist.

The official plot synopsis for Farrant’s film reads as follows:

“Divorced mother, LIZZIE (Noomi Rapace), an emotionally imbalanced woman battling for custody of her son, has her life turned upside down when she crosses paths with LOLA (Annika Whiteley), a young girl who she believes to be the daughter she lost seven years ago in a hospital fire. Unable to let her suspicions go, Lizzie first stalks and then befriends Lola’s mother, CLAIRE (Yvonne Strahovski), inching her way into Lola’s life, to the bewilderment of her own family. Claire grows suspicious on discovering that this strange woman has begun to systematically follow her little girl, appearing everywhere. As Lizzie’s obsession heightens and her behavior becomes increasingly disturbing, Claire confronts her, which brings deeply buried secrets to the surface and the shockingly devastating truth is revealed.”

With one of the Festival’s most familiar venues, the Australian Centre for the Moving Image, currently being renovated, MIFF2019 will see a happy return to the beloved Capitol Theatre after its own renovations have been completed, and introduce new venues including the Melbourne Convention and Exhibition Centre, Arts House, the auditorium at Sofitel Melbourne on Collins and Cinema Nova in the nearby inner city suburb of Carlton.