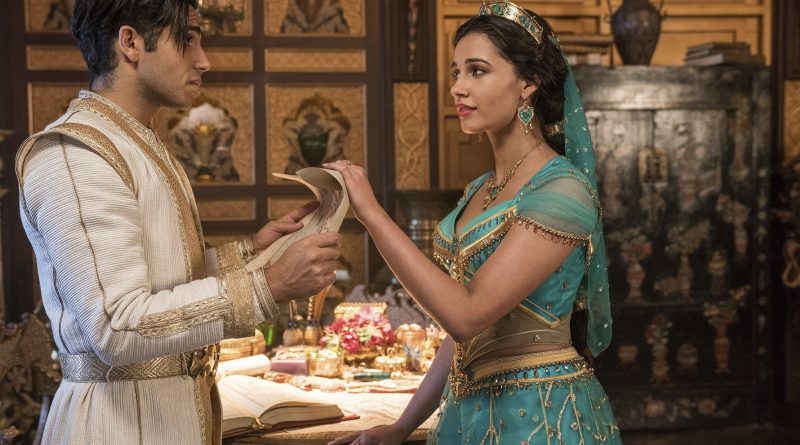 Disney’s live-action remake of Aladdin isn’t a whole new world, but it does grant some wishes to update to improve its telling of the familiar folktale from One Thousand and One Arabian Nights.

Directed by Guy Ritchie (Snatch), who co-wrote the screenplay with John August (Big Fish), Disney’s new take on Aladdin gets a fresh new framing device, with Will Smith as a mariner relating to his two children the magical story of Aladdin (multitalented charmer Mena Massoud), the nimble thief with the heart of gold, and his adventures with his pet monkey Abu, a magic carpet and an all-powerful Genie (also Smith).

The Mouse House’s lucrative habit of revisiting its classic animation canon – either for cinematic do-overs, stage musical adaptations or both – works best when the reimagining updates or refines the storytelling, and 1992’s Aladdin, beloved though it is, frankly has plenty of room to improve.

The live-action version brings welcome diversity to the casting, with performers of Egyptian, Dutch-Tunisian, Iranian and African-American heritage. The catchy yet controversial opening tune “Arabian Nights” gets a more culturally aware lyrical makeover, and characters such as the overprotective, overly traditional Sultan (Navid Negahban) and his power-hungry adviser Jafar (Marwan Kenzari) are fleshed out so they can no longer pass as unfortunate stereotypes. (These efforts have been in vain for some; based on the trailers, the Council on American-Islamic Relations has already condemned the film.)

But the best and most needed makeover in the new Aladdin is to Princess Jasmine (Naomi Scott), who was little more than a bared midriff with an attitude in the original animated film. The remake depicts her as a smart, compassionate, learned leader who would make a great sultan, if only the patriarchy wasn’t holding her back. Along with her guard tiger Rajah (who an effective body guard but lousy conversationalist), she gets a feisty and loyal confidant in her handmaiden Dalia (former Saturday Night Live standout Nasim Pedrad), who in turn has a nifty romantic subplot, and even gets her own musical number, appropriately titled “Speechless, newly created by Oscar winners Benj Pasek and Justin Paul (La La Land), although the ill-timed reprise throws off the momentum late in the film.

The live-action version keeps all the treasured old Alan Menken-Howard Ashman songs – “Friend Like Me,” “Prince Ali,” “A Whole New World” and “One Jump” – even if Ritchie doesn’t have quite the flair for musical numbers that he does for the thrilling action sequences. Massoud and Scott are Broadway-caliber belters, and Smith’s musical talents are well-established. Taking on the impossible task of filling in for the late Robin Williams, the two-time Oscar nominee does a fine job of making the part of the mighty, wise and uproarious Genie uniquely his.

Unfortunately, the special effects team isn’t as up to the magical feat of recreating the Genie’s familiar look, and the computer-generated character too often appears off-putting, especially in his signature blue. With the capabilities expanding so rapidly (see Samuel L. Jackson’s de-aging in Captain Marvel), it might have been worth waiting to grant this cinematic scenario until the technology could catch up.