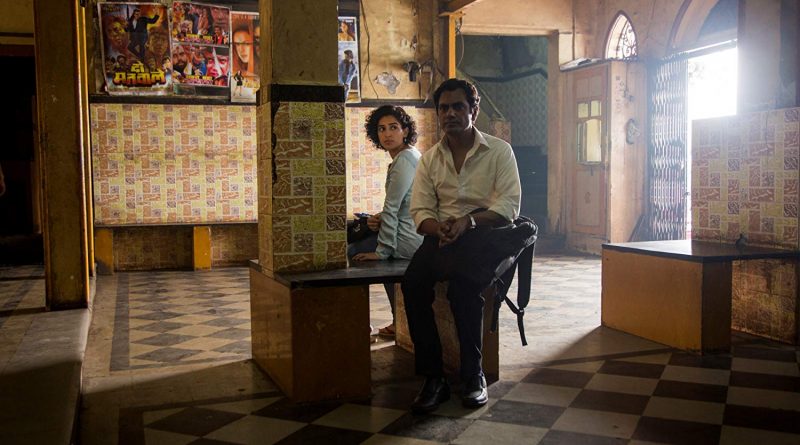 After his acclaimed debut feature The Lunchbox (2013), writer/director Ritesh Batra crafts this compelling tale of romance in Mumbai, where a shy street photographer snaps a picture of a young woman and – to satisfy his doting grandmother – passes her off as his love interest.

Rafi (Nawazuddin Siddiqui) is struggling to pay off an old family debt. To do this, he stands near the Gateway of India, taking photographs, which he sells to the constant steam of tourists.

One day, he spies pretty Miloni (Sanya Malhotra), who is studying to become an accountant. When she disappears into the crowd, he pockets her picture and doesn’t think more about it until his family and friends put more and more pressure on him to find a wife.

Impulsively, Rafi shows them Miloni’s photograph, not realizing that they’ll all want to meet her. His beloved dadi (Farrukh Jaffar) – a.k.a. paternal grandmother – who has threatened to stop taking her medication until he marries – immediately makes plans to make the long trip from their small village to the big city.

That means Rafi must not only find Miloni but, somehow, convince her to pretend that she is his fianceé. What makes his persistent quest fascinating is the way Ritesh Batra subtly delineates their backgrounds and cultural differences.

In color-conscious India, Rafi skin is darker than Miloni’s fair complexion. Even his dadi calls him a “black raisin,” noting he works in the sun all day. Miloni’s middle-class family is obviously of a higher caste than Rafi’s.

But there’s a mutual attraction and an abundance of kindness and compassion. “I didn’t see myself,” Miloni explains, looking at her image in Rafi’s photograph. “I saw someone happier and prettier.”

In Hindi and Gujarati with English subtitles, “Photograph” is a slow-paced, sweetly discreet 7. Patience pays off.