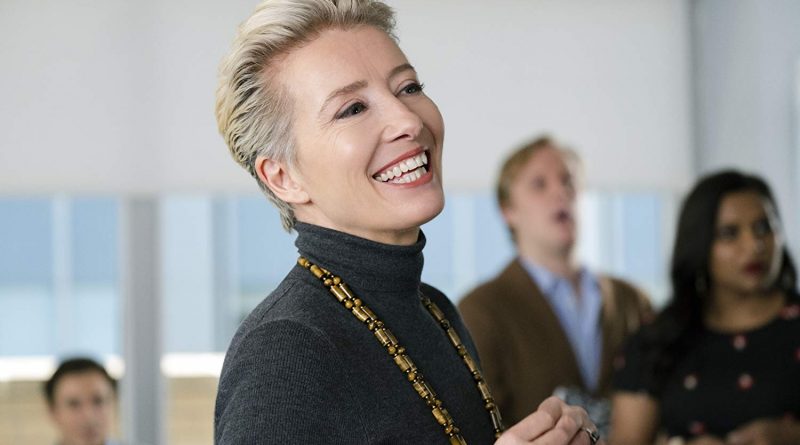 Emma Thompson and Mindy Kaling team up for a funny, warm-hearted buddy comedy about a late night talk show host (Thompson) trying to hold on to her job. With numerous awards for her long career, Thompson’s Katherine Newbury was the first woman to host a late night show, so she’s shocked when the network’s new CEO tells her she’s gone – unless ratings turn around. Shocked to discover her writing staff are all white men, Katherine decides to hire the first woman applicant through the door – which turns out to be chemist-turned-comedy writer Molly Patel (Kaling).

Kaling wrote the script and Nisha Ganatra directs this woman-centric comedy, which mines the rich vein of women in the workplace for humor, throwing in comedic bits about cut-throat television competition, white male privilege, diversity hires and even ageism.

While Kaling battles to get her start in comedy writing with fish-out-water humor, Thompson grapples with being a star who has become complacent, and now is in danger of being considered dated and getting pushed out. Thompson explores the challenges faced by a much-lauded ground-breaker, the first woman to host a late night show, but also her long marriage to Walter, played with warmth by John Lithgow, a respected academic now in failing health.

Kaling and Thompson make a great, if unlikely, team, with Kaling handling the comedy heavy lifting and Thompson taking on the dramatic, more reflective stuff. Together they cover issues that women at either end of their career face – a rare, ambitious two-pronged approach. It is a lot of ground for one film to cover, and not everything works perfectly, but Late Night handles in well enough that it comes out a comedy winner.