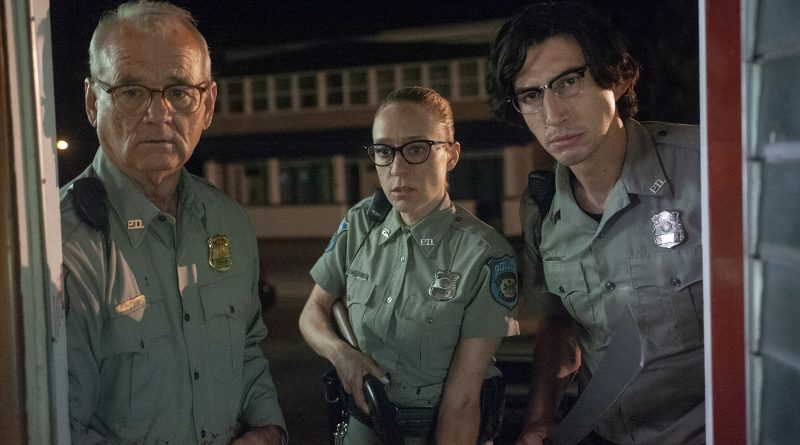 With an all-star cast and a popular genre premise, “The Dead Don’t Die” is perhaps the most accessible feature film yet from indie-film iconoclast Jim Jarmusch (“Stranger Than Paradise,” “Coffee and Cigarettes,” “Only Lovers Left Alive”).

It’s a shame, then, that his zombie comedy too often shambles as aimlessly as its undead inhabitants, with subplots that come to pointless dead ends, recurring gags that produce diminishing returns and repetitive socio-political screeds that get increasingly preachy.

The writer-director is known for his unhurried pacing, but it feels like we’re going to meet all 738 people in the small town of Centerville before the first zombies – played by longtime Jarmusch collaborators Iggy Pop and Sara Driver – burst out of their graves hungry to feast on human flesh.

Most of the actors are among the auteur’s returning favorites, but only a few actually get interesting parts to play as weird things start happening in Centerville. As we’re continually told, the ecologically unsound but corporately profitable practice of “polar fracking” has pushed the Earth off its axis, leading to days of almost endless sunlight, the disappearance of pets and wildlife and the rising of the dead from their graves.

Patrolling the town, bemused police Chief Cliff Robertson (Bill Murray) and doomsday-predicting Officer Ronald Peterson (Adam Driver) are worried, but maybe that’s because they’re the only ones who realize they’re in a movie, as they make numerous references to the script and to Sturgill Simpson’s ubiquitous theme song. It’s too bad junior deputy Mindy Morrison (Chloë Sevigny) doesn’t get to comment on the writing, since she would be completely justified in complaining about the blubbering crybaby her character becomes.

Between the nifty way the zombies collapse into piles of ash when beheaded and the committed performances by Tilda Swinton, playing a Scottish mortician and samurai warrior, and Tom Waits, as a cantankerous hermit determined to stay out of the carnage, “The Dead Don’t Die” offers just barely enough deadpan humor and quirky characters to keep it interesting until the credits roll.

But it just feels like a movie with this much talent shouldn’t be so lifeless, zombies notwithstanding.