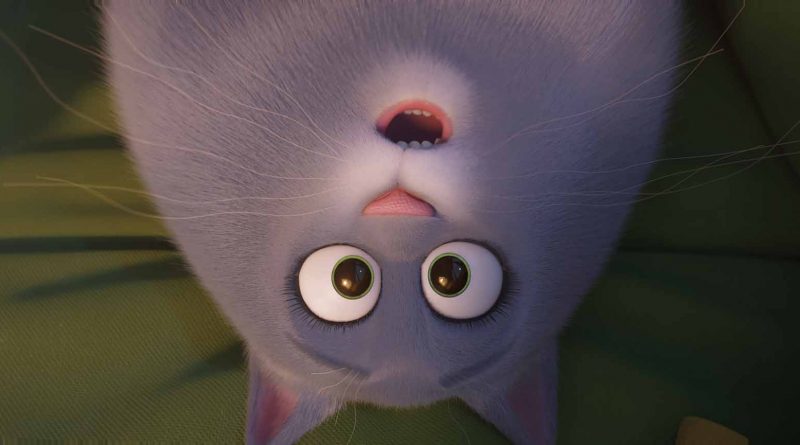 In evaluating a movie, I try to keep in mind its intended audience. This computer-animated sequel is obviously geared to those who enjoyed the 2016 original…and the four year-olds in the audience seem to relish it, particularly the amusing end-credits.

But, before that, their owners (Ellie Kemper, Pete Holmes) are preparing for a weekend in the country. That means Max must leave his favorite Busy Bee squeaky toy in the care in the care of Gidget (Jenny Slate), a flirtatious Pomeranian, who promptly loses it and turns to the cat Chloe (Lake Bell) for help.

Meanwhile, Max, Duke and Liam are coping with their first visit to a real farm, the undisputed domain of a stately Welsh sheepdog named Rooster (Harrison Ford) who teaches Max about facing his fears and finding courage.

In a totally unrelated segment, back in the city, the superhero bunny Snowball (Kevin Hart) joins sassy Shih Tzu Daisy (Tiffany Haddish) in an attempt to rescue a timid white Siberian tiger cub from a cruel circus trainer (Nick Kroll).

Enjoy it now because – in two weeks – youngsters will want to see Disney’s “Toy Story 4.”

On the Granger Movie Gauge of 1 to 10, The Secret Life of Pets 2 is a sweetly silly, slapstick 6, aimed at toddlers and pre-schoolers.